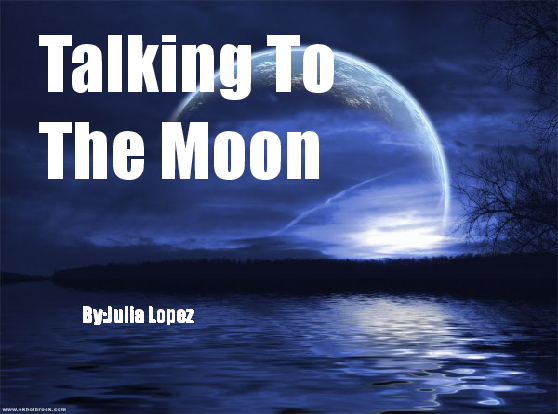 Talking To The Moon

All Po can think about was why his parents abandoned him. What Po didn't know was that his parents were murdered by this evil force named Edward. Po always wondered how he could talk to the Moon, & now he knows why. He was destined to be one of The Guardians. Edward now tried to destroy the Moon & the Guardians. Can Po help defeat Edward & stop him before it's too late?

Ever since i was a little girl, i always loved writing stories. I will always write about what i did & turn it into a wonderful Fiction Story. Watching a few movies inspired me. I was always known for having an IMAGINATION.That's one of the things what makes me who i am.