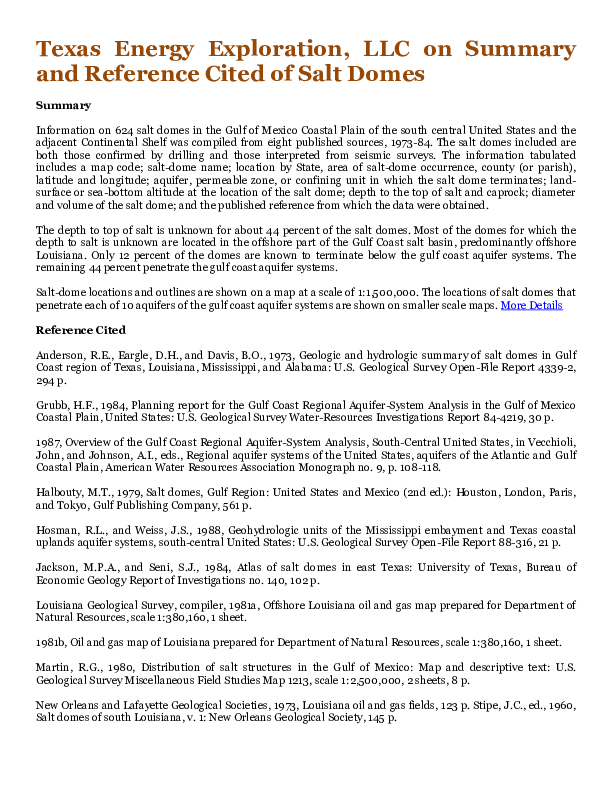 Information on 624 salt domes in the Gulf of Mexico Coastal Plain of the south central United States and the adjacent Continental Shelf was compiled from eight published sources, 1973-84. The salt domes included are both those confirmed by drilling and those interpreted from seismic surveys. The information tabulated includes a map code; salt-dome name; location by State, area of salt-dome occurrence, county (or parish), latitude and longitude; aquifer, permeable zone, or confining unit in which the salt dome terminates; land-surface or sea-bottom altitude at the location of the salt dome; depth to the top of salt and caprock; diameter and volume of the salt dome; and the published reference from which the data were obtained.

Texas Energy Exploration, LLC is an independent oil & gas operator that capitalizes upon the many opportunities discovered in the newly developing Brookshire Salt Dome Field near Houston.