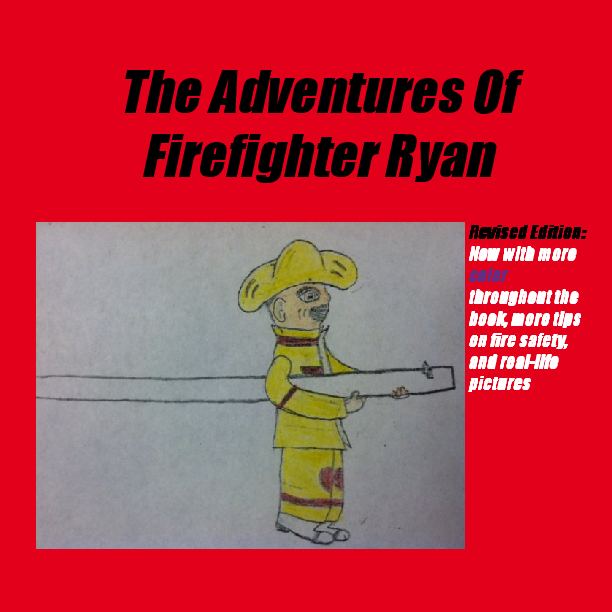 Firefighter Ryan (a firefighter) teaches you about fire safety and lets you see a situation where a women returns home from going out, to finding out something went horribly wrong!

Author, Ryan Hoffmann has lived in Texas for the majority of his life and started writing after one of his first inspirations: American rock band, Green Day. Hoffmann not only has written two books, (the second one being this revised edition of his children's book, "The Adventures of Firefighter Ryan"), but he has also been writing songs since 2005 in the hopes of following his dream to be in a rock band and make it big.