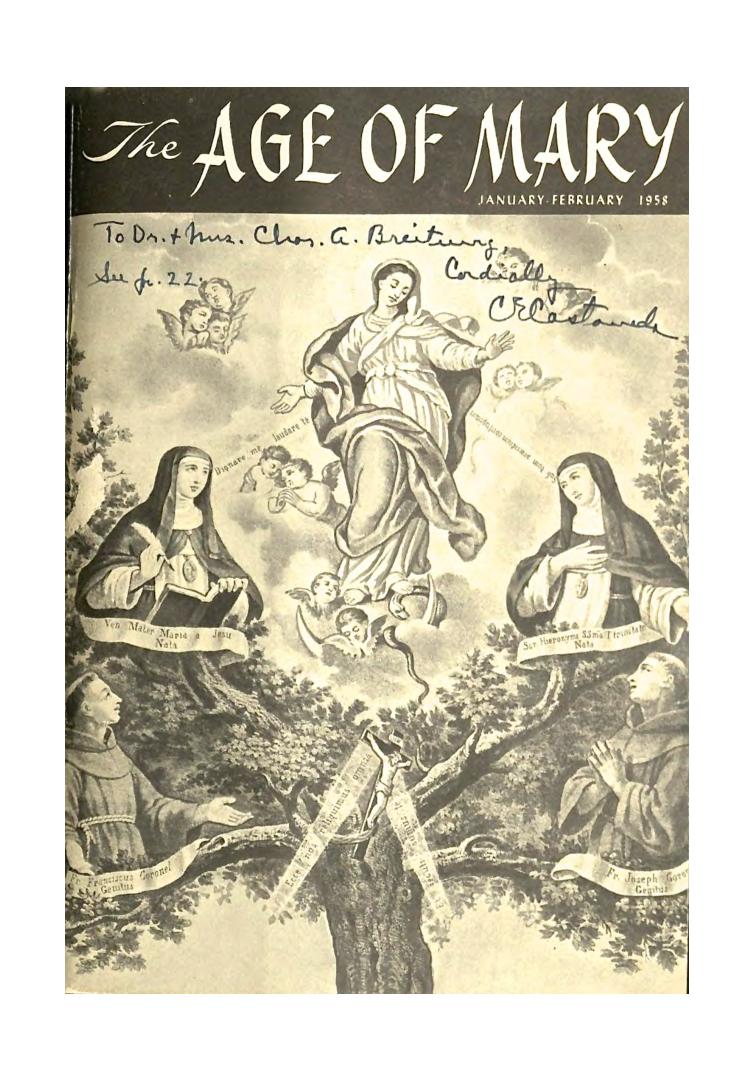 Copied from the collections of the Dolph Briscoe Center for American History, at the University of Texas, Austin.

An Apology for THE MYSTICAL CITY OF GOD by Rt. Rev. Msgr. John S. Sabo:

"Years ago I became acquainted with a set of books known as The Mystical City of God, by Sister Mary of Jesus of Agreda.

"I was impressed by the recommendations for the book by men high in authority in the Church.

"My first anxiety came when I heard it was on the index. I checked. It is not on the index. Once upon a time it was, for a period of about 3 months. If the Church saw fit to remove this prohibition from the book, it is not only safe, but of interest to read. A foreword from Abbe J.A.Boullan: The Roman Church, after having placed this work on the Index on Aug 4,1681, on account of the controversy which it excited, withdrew it Nov 9,1681. This last decree is of such force, that in 1713, a bp. once prohibited the reading of it, and the holy see obliged the bishop to retract this as being contrary to the decree of Innocent XI which has the force of an obligatory law throughout the Universal..