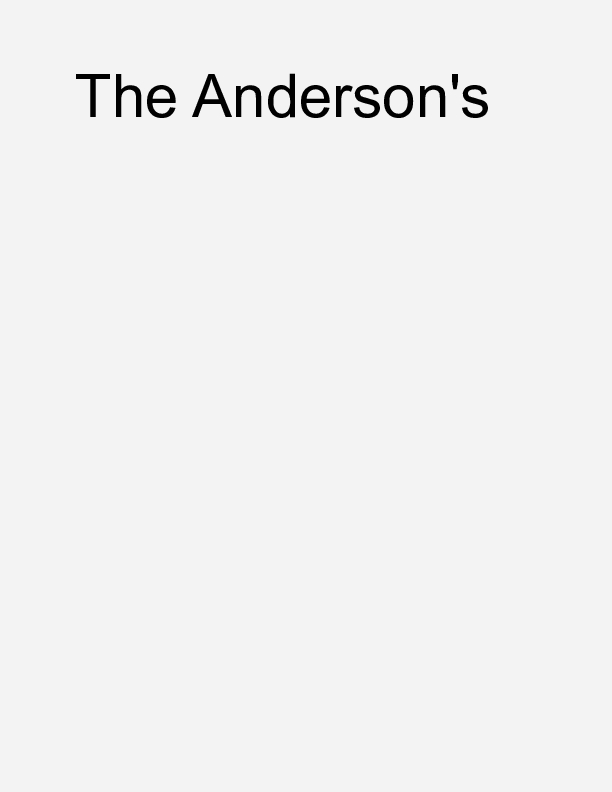 The Andersons Book One (The excitement of a New Family)

This book is about a family called the Anderson's. The Anderson's family members are the husband named Ralph, The wife named Nora, The cousin named Peter, The grandma named Louis, The grandpa named Russell, There are going to be two new kids, but later in the book, the cat named Munchkin, and the dog named Charles.

Hello, My name is Justin Vandermast and I love to write comedy books. My favorite sport is basketball. I am very athletic. I love sports.