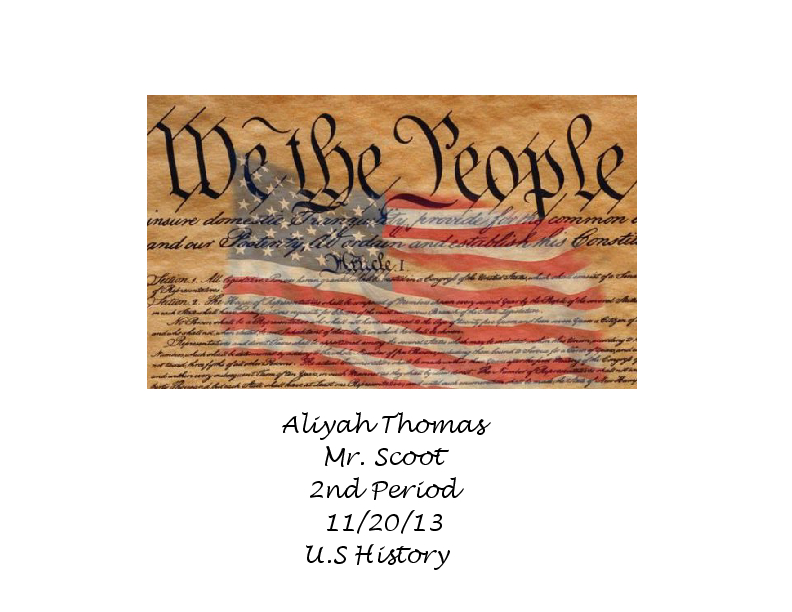 In 1787 leaders of the states gathered to write the Constitution-a set of principles that told how the new nation would be governed.The leaders of the states wanted a strong and fair national government. But they also wanted to protect individual freedoms and prevent the government from abusing its power. They believed they could do this by having three separate branches of government: the executive, the legislative and the judicial. This separation is described in the first three articles, or sections, of the Constitution.Delegates at the Constitutional Convention also wanted to divide power within the federal government. They did not want these powers to be controlled by just one man or one group. The delegates were afraid that if a small group received too much power, the United States would wind up under the rule of another dictator or tyrant.

To avoid the risk of dictatorship or tyranny, the group divided the new government into three parts, or branches.I hope you enjoy the book.

Aliyah Thomas is a student at Holub Middle school. She did this book because it is one of her assignments Mr.Scoot. She will on her way to collage and to get her doctor's degree. She plans on going to University of Houston.Right now she is in the 8th grade and she is doing really good. She had received Kerr High School paper because how smart she is.She has a mother and bother;s and one sister and the are in school. I am the oldest out of five children. I am planing to be a teacher when I grow up but my mom thinks I should be an business women of a company.I really love animals and science is my favorite subject for right now. My favorite teacher is me Kanack and she is my forth grade teacher.My and favorite teacher is Mr. Scoot he is my History teacher.That is enough about me lets get down to business.