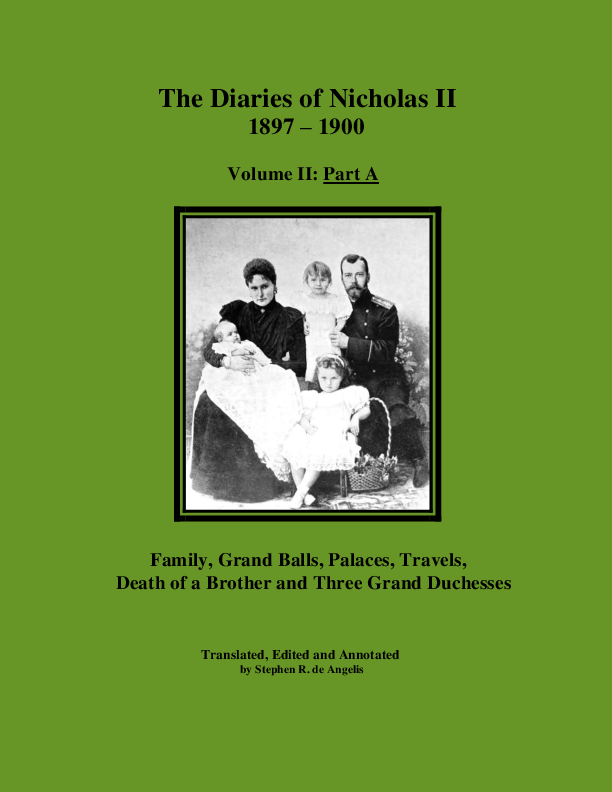 NEW EDITION! High gloss stock. The four years after the Coronation find the young new Emperor receiving Emperors, Kings, and Heads of State. The Russian Museum in the name of Alexander III opens, while trouble brews in the Empire's Far East with China and Japan. The imperial couple bear two new daughters, Tatiana and Maria, and Nicholas's brother, Georgii, the Heir Prince dies in an accident in Abas-Tuman in the Cascasus. Nicholas is struck with typhus in Livadia. Archival photographs in crisp, clear reproduction.