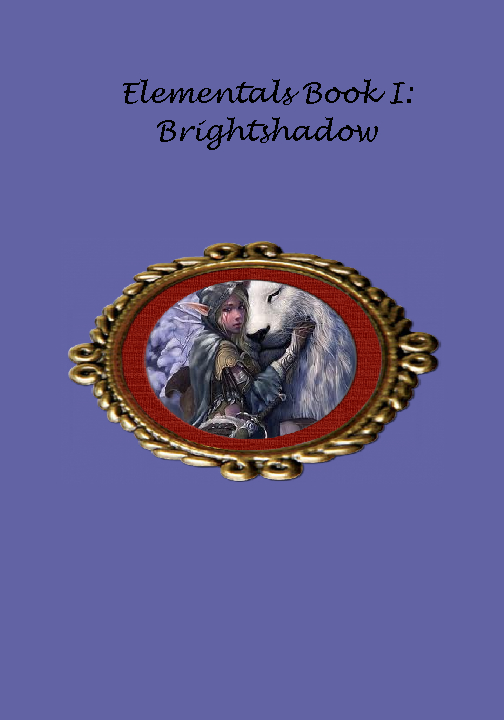 The Elementals Book I: Brightshadow

"This...is...not...a...dream!" Terror stabbed through Morgan's heart, and then the terrible Shadow was gone. Its form dissipated completely, leaving only a cloud of putrid, black smoke drifting lazily through the wind.
Morgan awoke, screaming with fear and fright and pain. "It was only a dream," she whispered. "Just a nightmare, not real. Not real." But then she looked down at her arms. The skin was singed, red, blistered, easily a second degree burn. Her face paled whiter than parchment, and she gasped. "It can't be real...or is it?"
....There is a terrible Shadow lurking in the countries of Annalon and Aramae, a shadow that threatens to destroy everything good that has ever been known. Four Norkan, beings gifted with supernatural powers, have been chosen to destroy it. But they are only four teenagers an immortal force of darkness. Are they even willing to take on their impossible task? Will they keep their single most important goal in mind, or will they be torn apart by romance and petty rivalry? Can they even begin to wage war against the Shadow...when it possibly lives inside them?

Jennifer, more commonly known as Jenna, is a crazed young girl desperate to finish her novel and become published. She loves Jesus and books, tolerates school and homework, but absolutely detests Chinese bok-choy and computers that randomly turn off while she is working. She sincerely hopes that you will enjoy and comment on her first (unfinished) novel.

Hopefully I can upload the second part soon. It's been really hectic with loads of homework and stuff. But I'll upload ASAP.