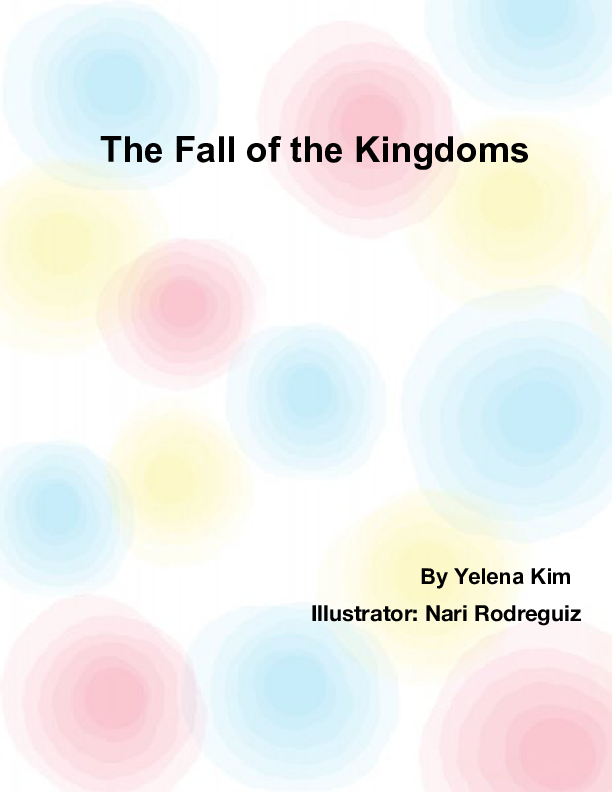 The Fall of the Kingdoms - The Mystery of the Cave

In a fantasy world, there existed three kingdoms, The magical kingdom of Vibra, The industrial kingdom of Utopia, and the peaceful kingdom of Asiana. But when the rulers of these kingdoms became corrupted, a war breaks out and one determined soldier is destined to stop the war with help from her friends.

Yelena Kim is an average 5th grader with a passion for writing and drawing.