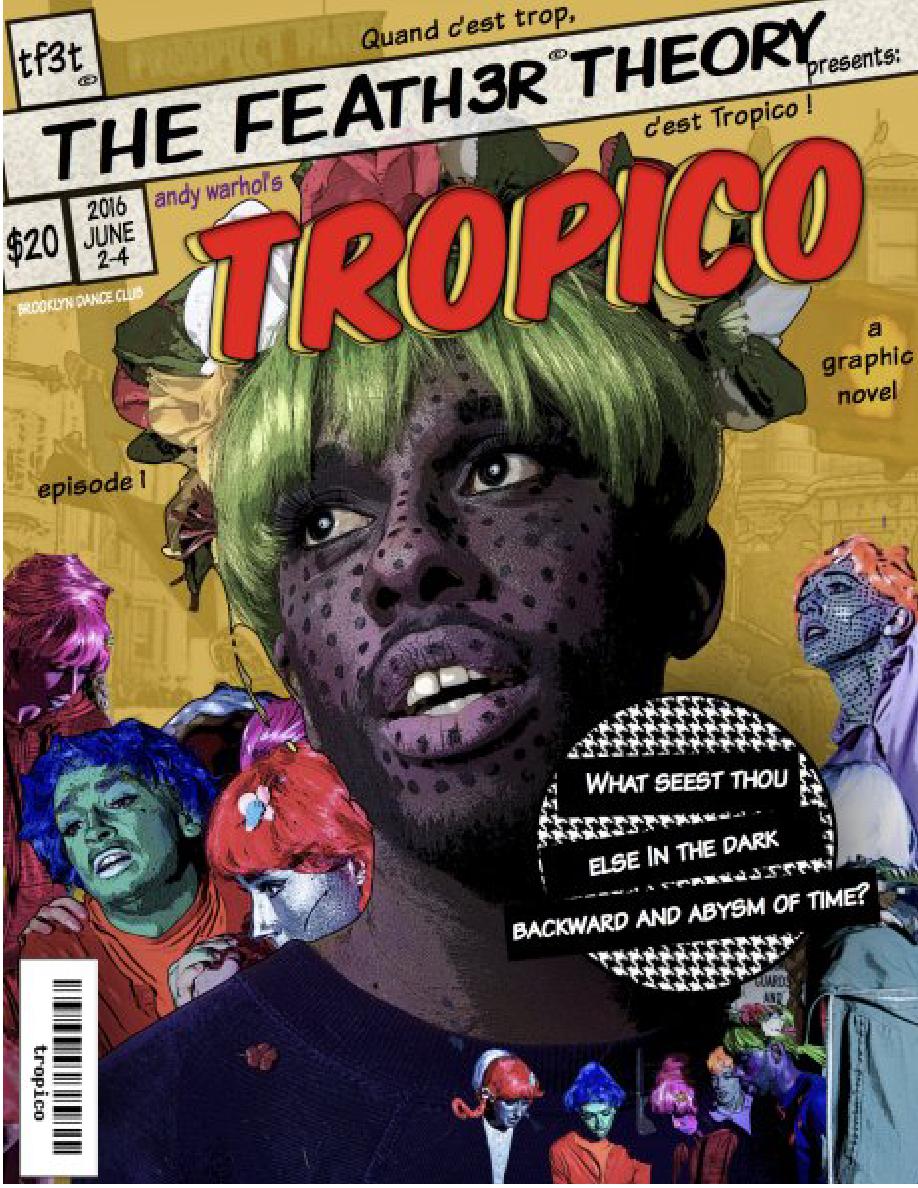 The TROPICO- Graphic Novel is partner to the live performance. Written as an epic poem, the text inspired the research, process and experience of Andy Warhol’s TROPICO. This graphic novel gives subtext, context and product to the visual, psychological and performance world created by the feath3r theory.

Andy Warhol said, “It’s the movies that have really been running things in America ever since they were invented. They show you what to do, how to do it, when to do it, how to feel about it, and how to look how you feel about it.” TROPICO questions if this is true.

Recipient of the 2016 Solange MacArthur Award for New Choreography, Raja Feather Kelly was born in Fort Hood, Texas and is the first and only choreographer to dedicate the entirety of his company’s work to Andy Warhol. He is the creator of ANDY WARHOL’S 25 CATS NAME SAM; ANDY WARHOL’S DRELLA (I LOVE YOU FAYE DRISCOLL); ANDY WARHOL’S 15: COLOR ME, WARHOL; ANOTHER 37 REASONS TO CRY (ANOTHER WARHOLIAN PRODUCTION); ANDY WARHOL’S TROPICO; and many short works, all of which have been created and performed throughout various theatres in New York City. For over a decade, Kelly has worked throughout the United States and abroad (Austria, Germany, Australia, United Kingdom, and France) in search of the connections between popular culture and humanity and their integration into experiential dance-theatre. Kelly currently choreographs, writes, and directs his own work as Artistic Director of the feath3r theory, a culture-driven dance-theatre company.

Messages from the author:
More Books by Raja