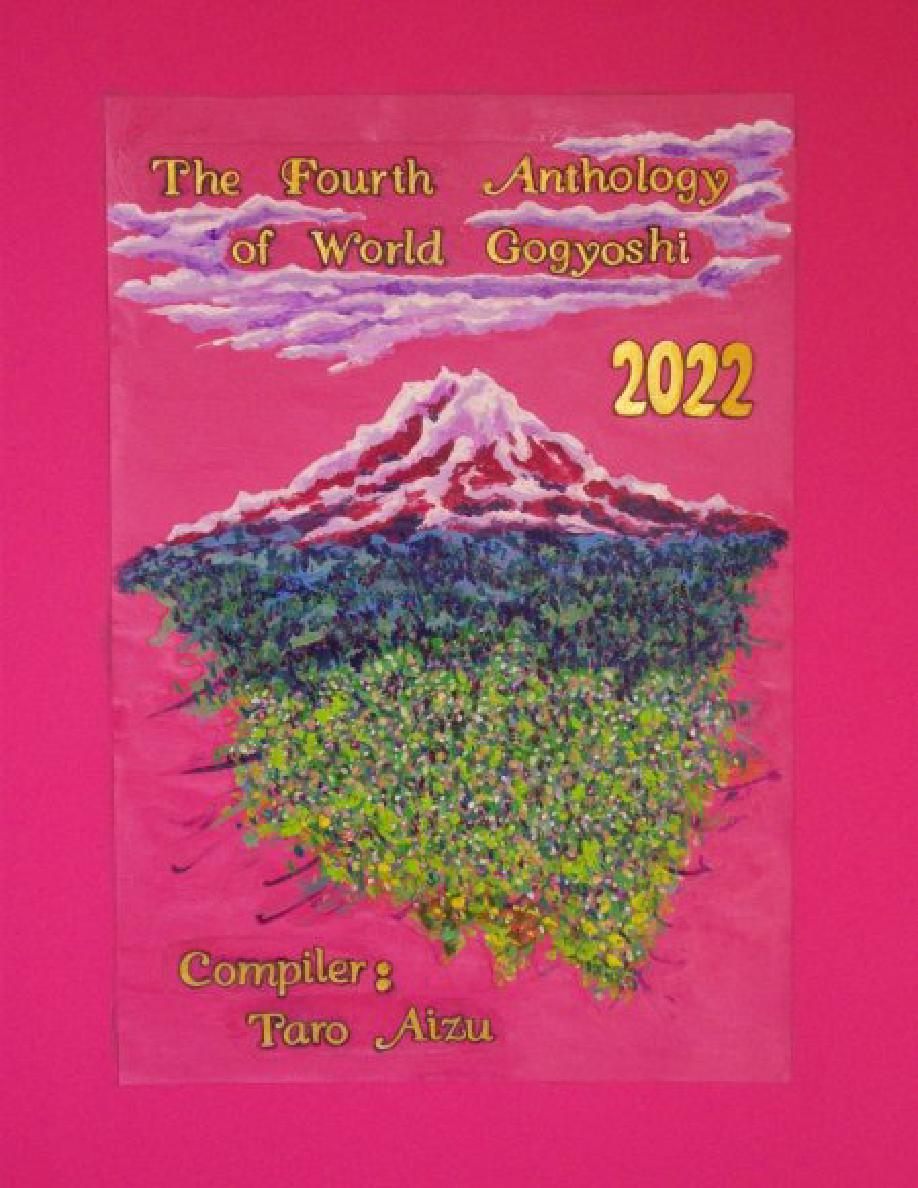 The Fourth Anthology Of World Gogyoshi

Gogyoshi(五行詩) is a style of Japanese poem that consists of a title and five lines. Japanese poet, Tekkan Yosano published the original form of Gogyoshi with specific syllable counts for each line in 1910, but few poets wrote in the style. In the 2000s, some Japanese poets began writing modern Gogyoshi without syllabic restrictions, and modern Gogyoshi have since been defined only by having five lines. Therefore, Gogyoshi is considered the freest of Japanese poetic forms, as the poems do not have syllabic restrictions, specific line breaks, or a rhyme scheme. However, the style differs from other five-line forms, such as Tanka and Gogyohka, by the titling of its poems.