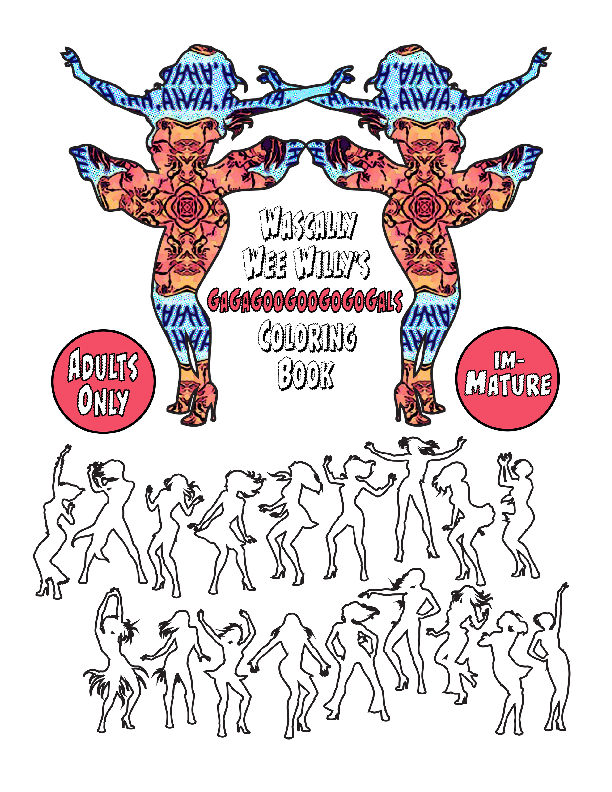 From the award-winning artist of the Wascally Wee Willy's Freak-i-Leaks comes his latest triumph, the GaGaGooGooGoGoGals Coloring Book. No one else could create the world's most expensive coloring book made for the naughty kid in all of us. These hot and saucy girls will dance their way into your …?

Wascally Wee Willy joined the Supermen of America in 1958 and has done his best to pursue Truth, Justice and the American Way ever since. He was awarded the 1st Marvelmaniac-of-the-Month award in 1969 by Mark Evanier and a coveted No-Prize by Stan Lee soon after. He has taught manga at Technos University in Tokyo; illustration at Oskar Kokoschka's School of Vision in Salzburg; and has lectured on creating comics around the world. He has studied with leading illustrators such as Germany's Luis Murschetz, as well as current comic greats, Christopher Moeller, Scott McCloud and Matt Kindt.

William Harroff received a National Endowment for the Arts fellowship, an NEA Regional Artists' Project grant, the Frank B. Sessa Scholarship, the Governor's International Exchange Program Grant, a Ragdale Foundation residency and top honors in several global art competitions. He holds degrees with Highest Distinction from Purdue University, Indiana University and the ISBK. His bookworks are in the..

I have spent the last few years developing an original body of work known collectively as the Wascally Wee Willys™. I tell my comic stories with quilt-like narratives composed of interwoven patterns, color, graphics and word balloons inspired by 1950s comics. I love art. I love books. Those two passions have defined my life experiences and career as an award-winning artist for thirty years, working primarily in digital formats for the last two decades.