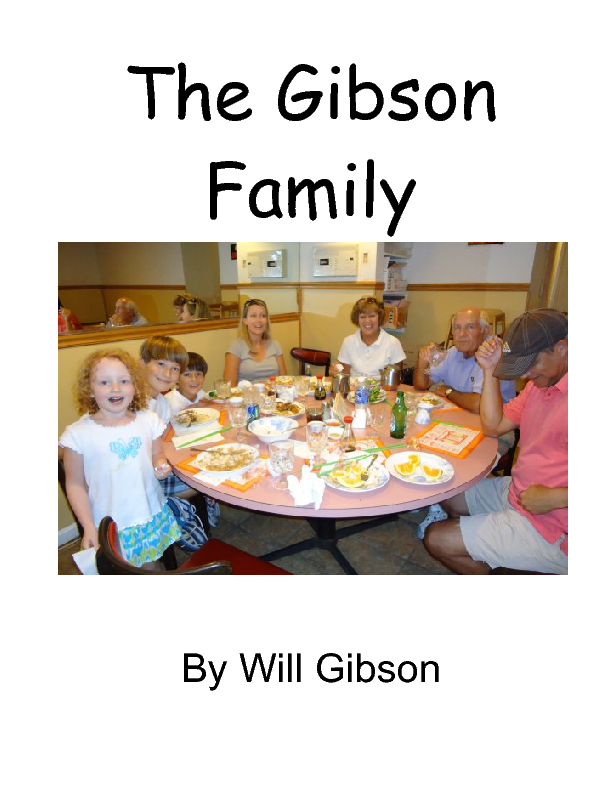 Will Gibson's book about his family.

William Gibson is a world-renowned author whose books have been sold worldwide and translated into 47 different languages. His book profits have earned him millions of dollars. Two of his books have been listed as #1 on the New York Times bestselling list. He has been awarded 7 Oscars, 4 Grammy's, and the Nobel Peace Prize.He served in the military for 8 years and earned the Medal of Honor for rescuing his entire squad from an enemy ambush in Iraq. He couldn't have done this without the help of his fellow soldiers and good friends, Jack McEvoy and James Bond Many of his close friends include Tim Tebow, Cristiano Ronaldo, Tiger Woods, and Zeus. Will has enjoyed past relationships with Jessica Alba, Brooklyn Decker (2011 SI Swimsuit model of the year), and other attractive women. He currently lives in Italy.