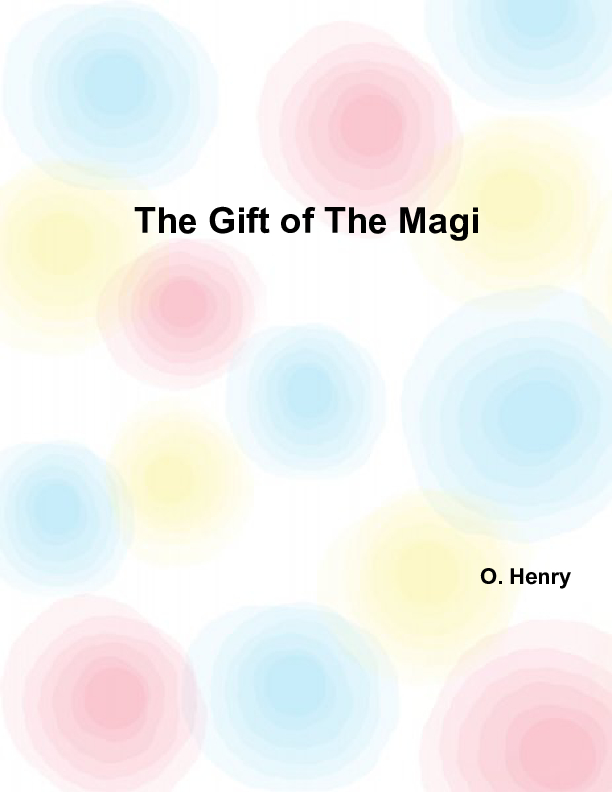 The Gift of The Magi

O. Henry makes an allusion, or reference, to the Magi.

O. Henry, William Sydney Porter wrote nearly 300 short stories that brought him worldwide fame. During the two decades following his death, his stories were more popular than those of any other American writers. At the age 16, he left school to work in his uncle's drugstore. Later he then moved to Texas and worked on a ranch. At the age 25, he married Athol Estes.