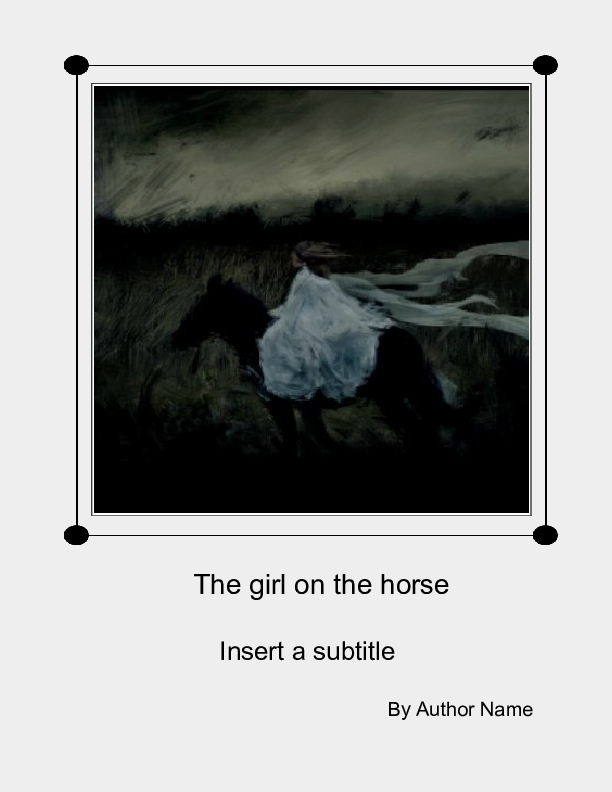 The king's crown has gone missing. There is a girl on a horse who has found it and is taking it back to the king but the witch in the dark part of town has sent the best haunters to capture her and to steal the crown. The transparent, golden lined crown gives whoever owns it the power of life and eternal afterlife. Live as long as you desire and die whenever you want. It is said that the one who dies first under the crown, will be the god of the people. The governor of the earth and the skies. The ruler and the maker of human kind

The dark witch, with long silk black hair and eyes as blue as the summer sky, has lived and suffered on this earth for centuries, giving the people curses and plagues, killing animals, drying crops and destroying farms. She has waited for the crown to be outside the kings castle for years, now the opportunity has arrived and she won’t miss it.

But the girl on the horse is one of a kind. She is a warrior.

This is a rough draft of what i want my story to be about. I hope yall like it :)