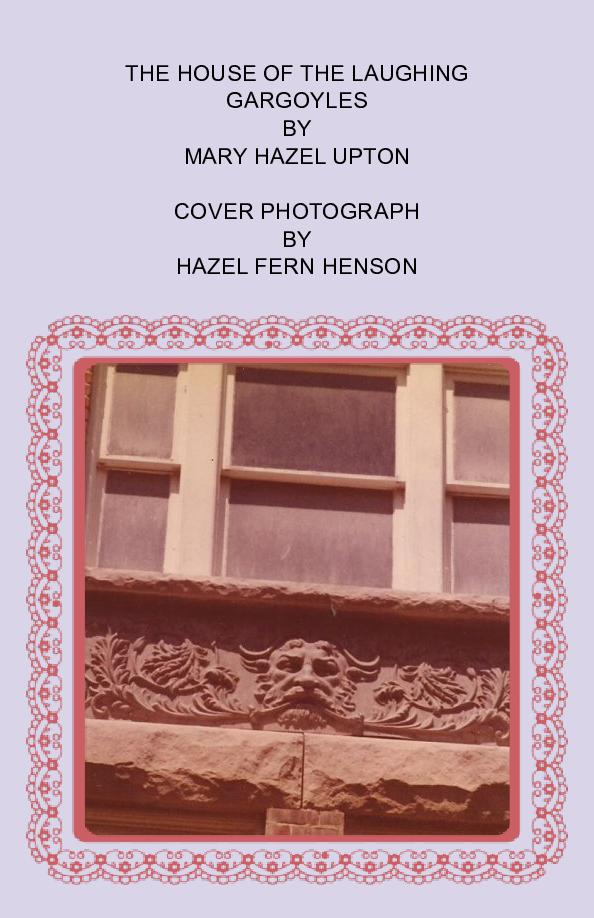 THE HOUSE OF THE LAUGHING GARGOYLES

After young Amy Taylor's mother died, leaving her alone in the world, Amy had no choice except to work as a governess to eight year old Jane Evans until her first job as an art teacher at the local elementary school starts in the fall.

It was winter the first time Amy saw Stone River Manor. She immediately feared the gargoyles and hideous stone faces decorating the old mansion on the Ohio river. They seemed to be laughing--cold, hard, silent, mirthless stone laughter.

Can Amy discover the gargoyles' terrible secret in time to save Jane, Michael and herself?

This old-fashioned Gothic romance has a winter, and a Christmas, and New Year's setting. The location is Southern Indiana along the Ohio River.

My name is Mary Hazel Upton. I have been writing stories since I was six years old. My favorite kinds of fiction are Gothic romance, horror, and science fiction. I write a little of everything, but mostly in those categories. I hope someone besides myself will enjoy reading my stories and nonfiction, but I write it for myself. I am also typing up for publication my mother's very old diaries and poetry that she left to me, along with her other possessions. Eventually I want to publish my Daddy's old letters and my grandmother's very old diaries so that they will not be forgotten, as well as mine and my husband, Gain's, old diaries that I kept for many years. Some of the entries in those diaries were dictated to me by him, and so preserved. Mostly he contributed to the diaries when we were on vacation. I also have old photos taken by my parents and Gain and myself to use to illustrate the books. All of the people mentioned except me are now gone home to be with the angels.