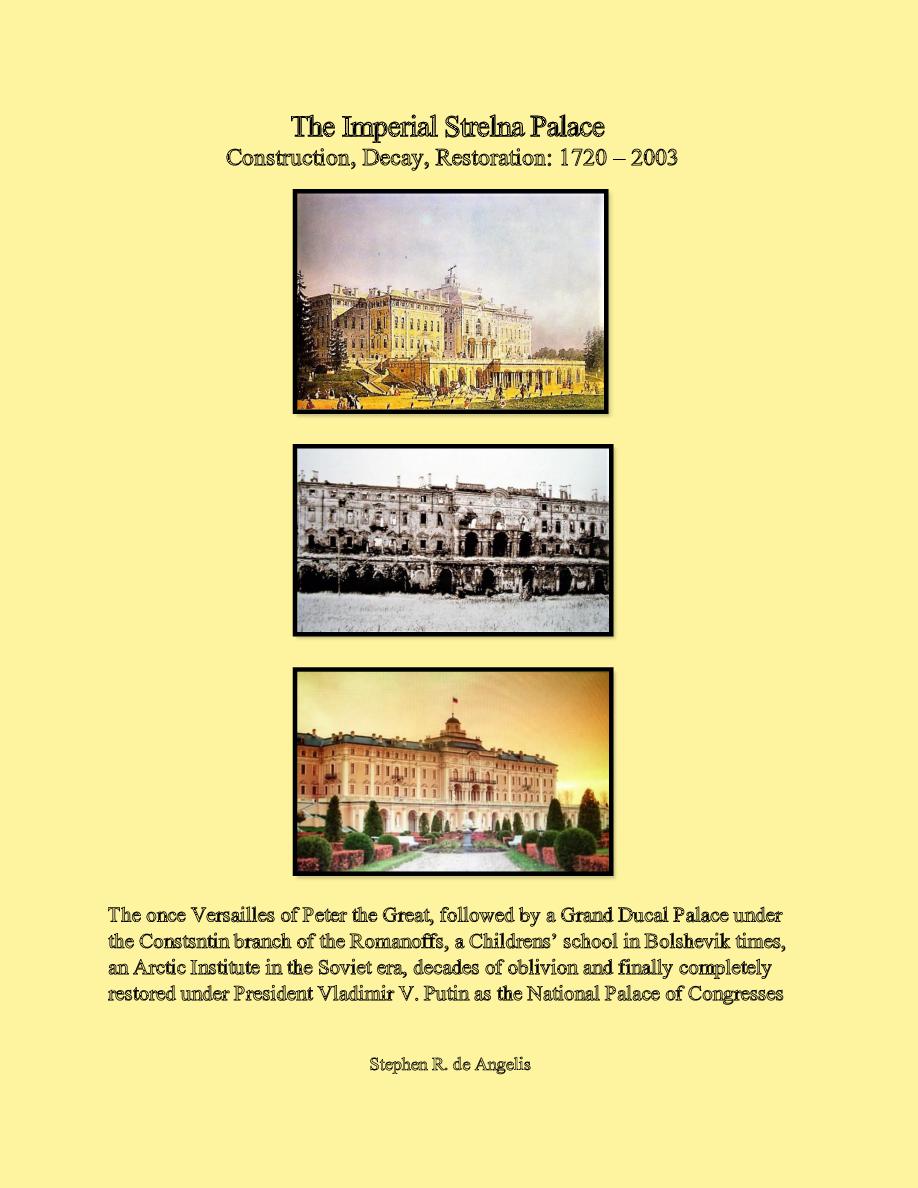 The Imperial Palace of Strelna - 1720 - 2003: From Peter I's "Versailles to Grand Ducal Residence to Bolshevik and Soviet Ruin to Restoration and Rebvirth

The history and fate of the once imperial palace of Strelna, envisaged by Peter the Great as his Russian "Versailles" - Inherited by the Konstantin branch of the Romanoff family, commandeered by the Germans in their siege of Leningrad, it fell into decay in post WW II, and finally into ruin. Used as as a school for children and later as the Arctic Institute, it finally was finally rescued and completely restored by President V. Putin in the years 2001-2003 as Russia's "National Palace of Congresses". Archival photographs.