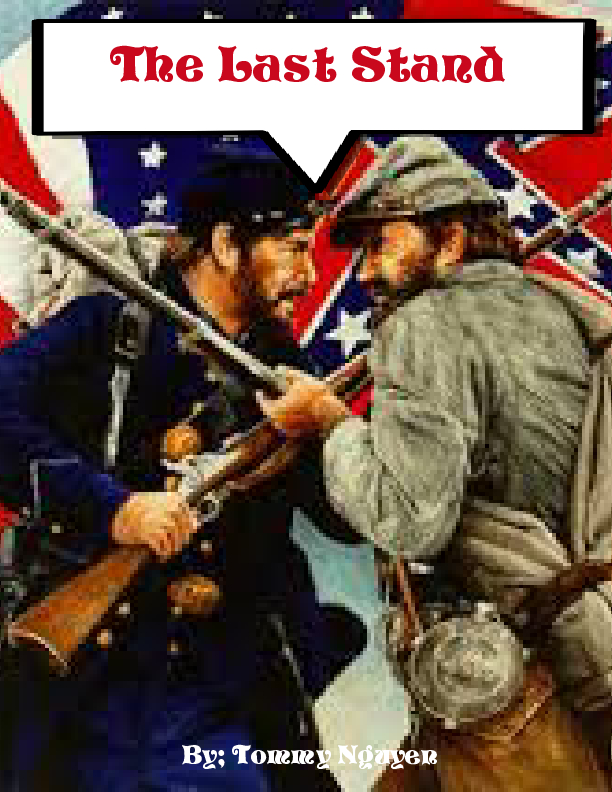 This story takes place back in June 9, 1862 where a young soldier named, Harris, heads to enemy lines to take over Port Republic. Little did he know, he was soon to be outnumbered by the Confederates. The campaign was led by, T.J "Stonewall" Jackson in the, Jackson`s Shenandoah Valley Campaign. Stonewall led about 6,000 Confederate soldiers into Port Republic to capture the union`s general, Erastus B. Tyler, and take over Port Republic. Will Harris be able to make it through the unexpected attack? You soon will find out if Harris will be able to defend Port Republic, or will his troops surrender and flee away from the Confederates.

My name is Tommy Nguyen. I`ve been writing stories since I was 9 years old. I like stories that have adventure, mystery, and plot twists. I like to travel around the world and learn and experience new things. Some of those things might even be in the stories.