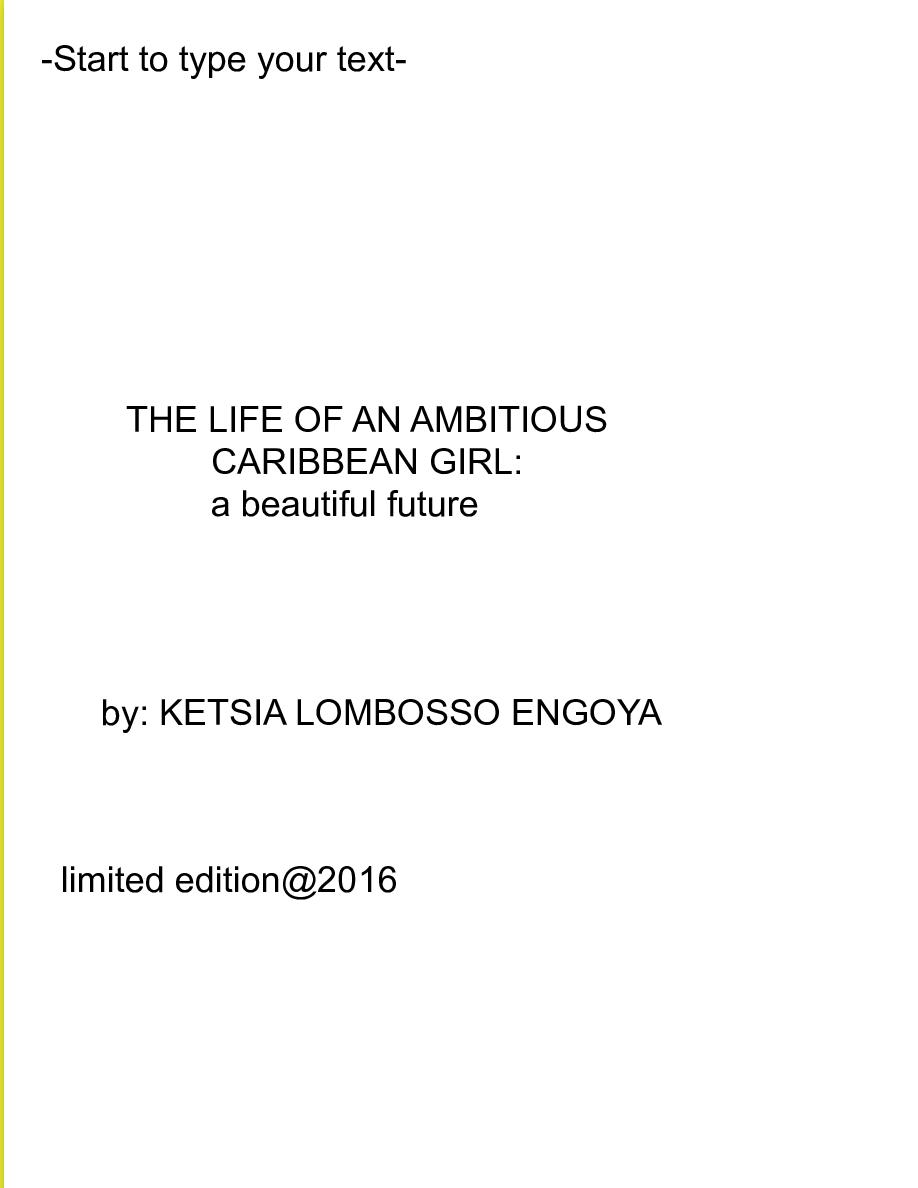 THE LIFE OF AN AMBITIOUS CARIBBEAN GIRL - a beautiful future

This story is about a Caribbean girl called ''Malaisha''. Malaisha was living in Santo Domingo ( one of Caribbean's oldest cities). She lived with her family and her friends. One day, they received a letter from a company in havan. It was letter about her father's job. In this letter, it was written that peter go a job in havan and he has to start in one week. Everybody was happy and exciting to live their city except Malaisha. Malaisha wanted to create her own company in santo domingo one day but she was disappointed to live this city so early.

I am a non-professional writer, a student, and a friend. I am an African girl who studies in Canada. I have ambitions and my goal is to realize all my dreams.