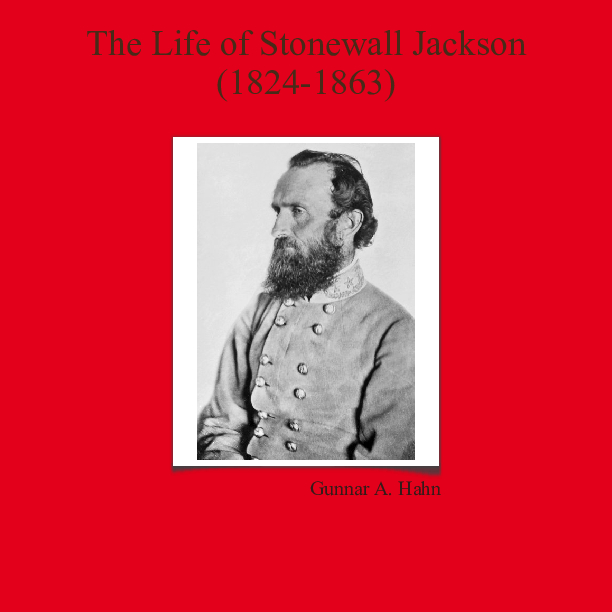 Stonewall Jackson was a poor orphan while he was growing up. However, he lived by the quote "You may be whatever you resolve to be". Defing odds he was accepted into West Point. He became an officer in the U.S. Army where he served in the American Mexican War. He latter taught at VMI. He was a major figure in the War for Southern Independence(Civil war). Although his Historical contributions are significant,some of his greatest qualities were his Religious and moral values. In his book Gunnar Hahn conveys his life before fame, his doings in the War For Southern Independence and The war in general. This book is ideal for readers of all ages since it uses an easy read vocabulary, but is not lacking in facts. Gunnar Hahn properly cites his sources and uses foot notes in order for the audience to be able verify the facts and information found in the book.