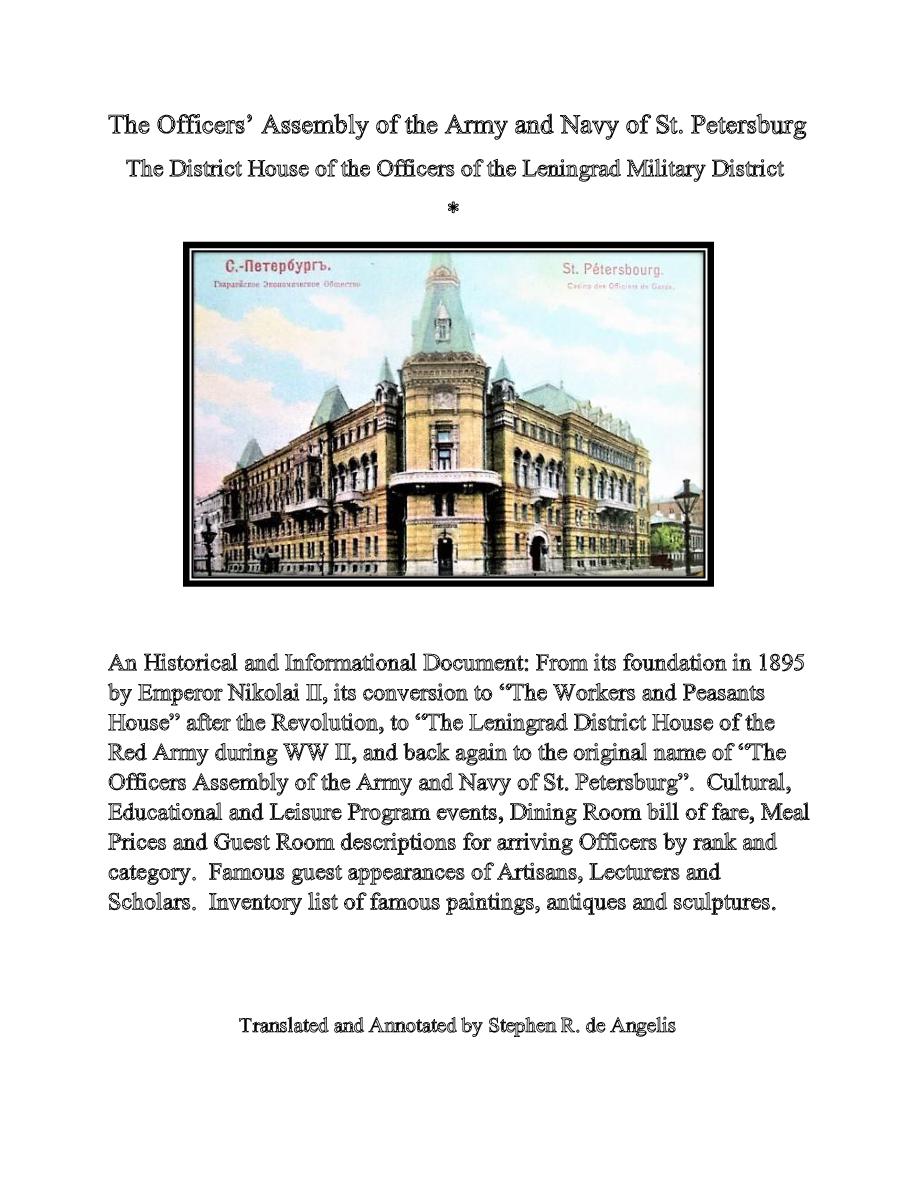 The Officers Assembly of the Army and the Navy of St. Petersburg - The District House of the Officers of the Leningrad Military District

The history and fate of the Officers Club founded by Nicholas II in 1895. its conversion after the Bolshevik Revolution to the "Workers and Peasants House", then the "Leningrad District House of the Red Army in World War II, and back again to its original name after the war. Included are the Club's cultural, educational, Propaganda Lecture series and leisure time theatrical productions - all presented by the the most famous scholars in Russia. Descriptions of the bill of fare in the dining room, its prices, and guest room categories for arriving officers. There is an inventory list of the buildings antiques, paintings and objets d'art.