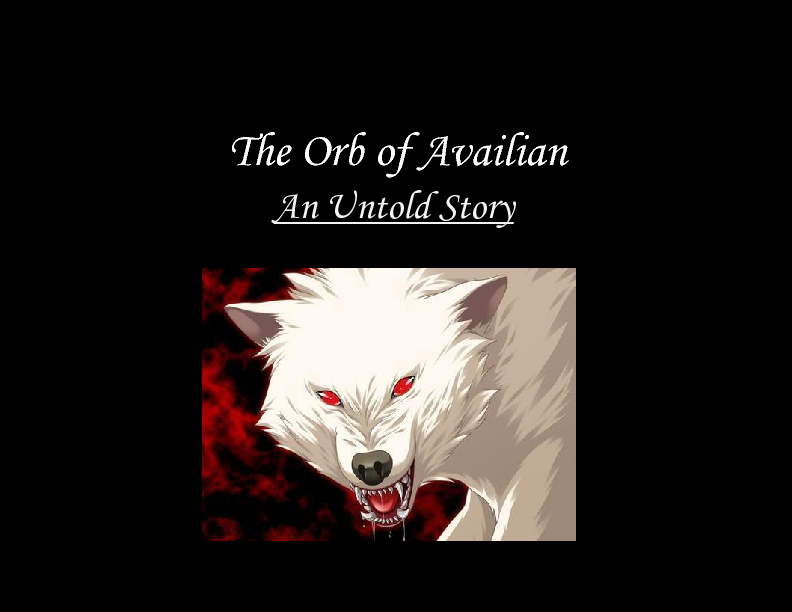 The Orb of Availian - An Untold Story

A wolf family suffers from a death (as so they thought) of the father. On one day a evil wolf named shadow plots to steal the orb of Availian. So the young brave fearless daughter must fight to save all of availian

I grew up loving dogs i use to own 4 dogs -2 german shepherds brother and sister named Sebation and skyla then i had 2 black labs named Dezil and Sasha both also brother and sister. But i wasnt a big dog fan then until one day my puppy (Dezil) was barking so i opened the door and he was barking with glowing green eyes,So my family followed him and he led us to his sister (sasha) foaming at the mouth. Then the same night we had to sell Dezil. A few months later we had to move and where we were moving there were no dogs aloud so we had to sell Sebation and Skyla. From that day i became a huge dog lover and started drawing and writting about dogs/wolves