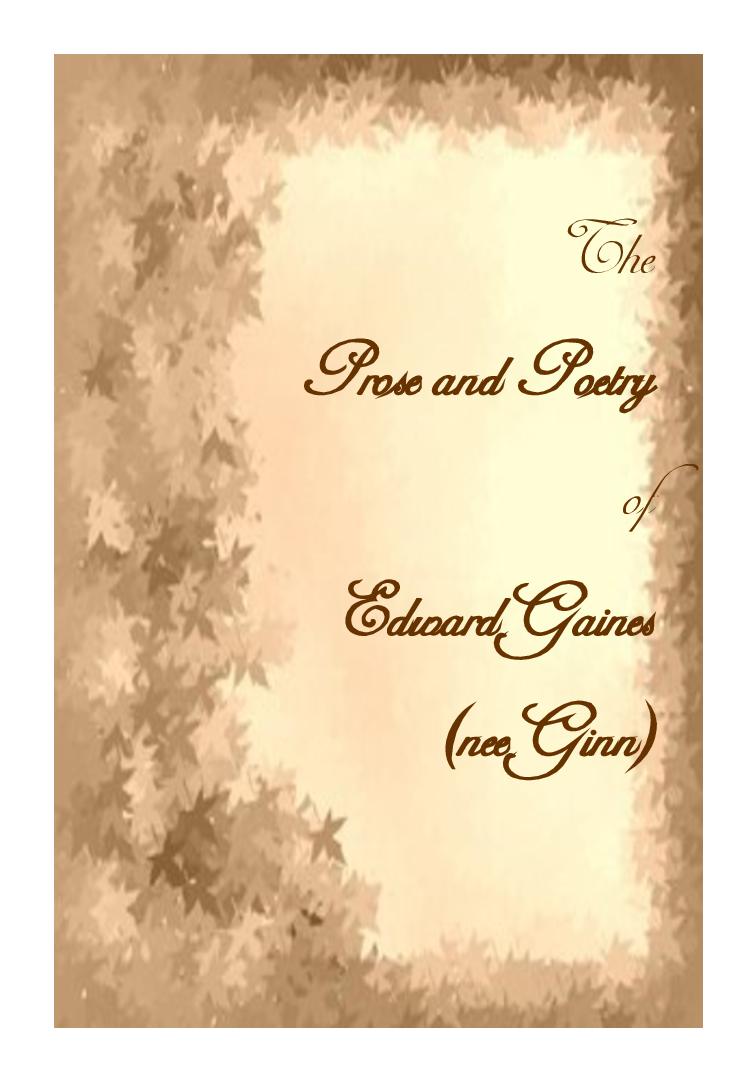 The Prose and Poems of Edward Gaines (nee Ginn)

A book of prose and poetry written by my grandfather.

Edward Gaines was born in 1900 in Baton Rouge, Louisiana, one of nine children. He served in the Army and afterwards married a woman named Viola Brown. Eventually, the couple had fifteen children. A man of limited skills and education, he found it very difficult to support his family throughout his adult life. Alcohol became his solace as well as the writing of poetry. It is not known how many poems he wrote in his lifetime and he apparently did not share them with anyone. After his death in 1958, his eldest daughter, Dorothea, was able to collect and save various family documents and treasures that, thankfully, included her father's writings. When Dorothea died in 2014, her eldest daughter, Scarlett, came upon these same gems and was so impressed by her grandfather's declarations of faith and the depth of his feelings that were expressed in his writings that she thought they should be shared with the world. Enjoy!