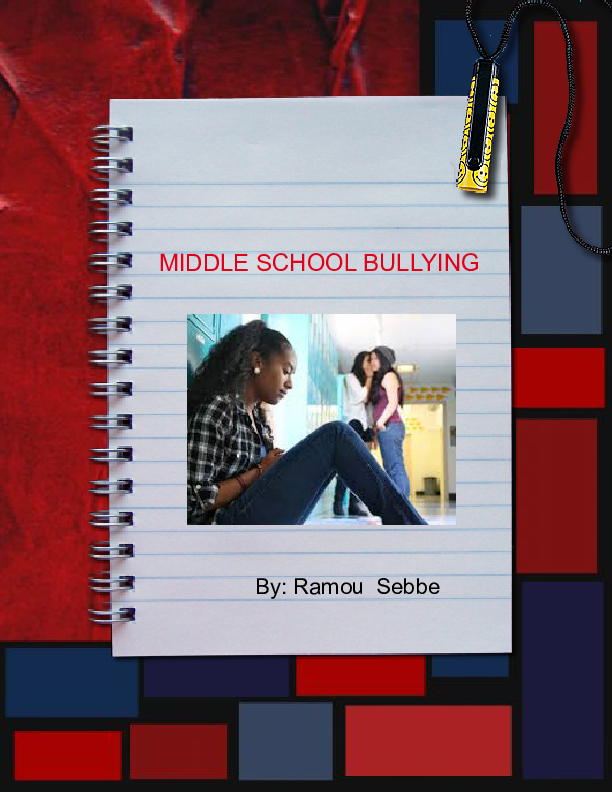 A girl named Ramou Sebbe is constantly bullied at school for who she is and what she wears. People called her emo, musty, fake, just fake everything. They didn't want to listen to anything she said. She thought that they were joking at first but soon it became on Instagram, Facebook and spreading through the halls of Carroll Middle School. There would be days were she went into the bathroom and cry. Soon people noticed what she was doing and told everyone about that as well. Ramou's life became an open book full of lies and rumors and she just soon didn't wanted to be apart of it so she changed it. Everything about it.

My name is Ramou Sebbe I am in the 8th grade and I wanted to write bout how it felt to be me in middle school, but you wouldn't want to do that because middle school is the time in life were you grow and people judge you by how you look and what you dress like. Especially your shoes. You fit in if you can and if you do you have to learn how to be either get into a group or get kicked out. you can try to what to be and who to be. Basically in middle school you're either fake or real. Which at some point you're going to have to choose.