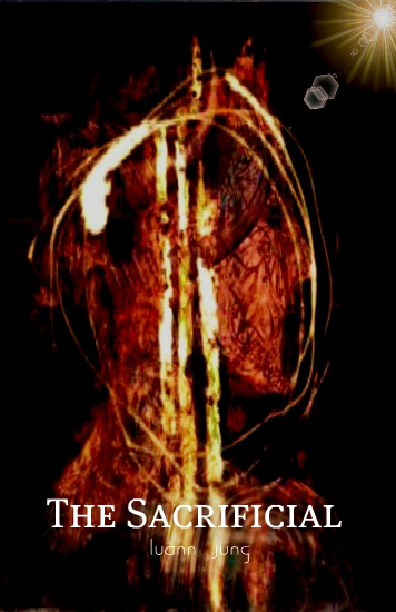 Somewhere in the future, a dystopic country called Ofre awaits. A young couple living in Section 15 has just had a baby. A baby named Clohv. Not Klove, like the husband, Auder, had wanted. Not a boy, a strong boy who would grow up to be rich and famous. Instead, a girl named Clohv. But now is not a good time to be a girl named Clohv. Clohv's mother, Elaion, loves her with all her heart, but Auder wishes she had never been born. Also, in many of the other 15 sections, poisonous dust has been spreading, and more and more children have been born with defects or mutations. So the capitol of Ofre, called the Supremacy, made just the thing to deal with these unwanted offspring. The Sacrificials. Made to be triannual. Thrice a year up to 32 unwanted teenagers ages 15 to 20 are given up as sacrificees. All sacrificees are taken to a hidden place, specially built for this purpose. In this place all of the sacrificees are forced into separate pod-like H'arenas, two people per H'arena. In each one, the two fight. They fight and keep fighting until one of them is dead. Then the winners are reaped and reorganized into more H'arenas. In the end, 6 people are left, and they are put into an round arena, framed with a landscape and cheering crowds. Here, sacrifices begin. Because more than one person can survive . . . . . if the ultimate sacrifice is given. Yet, all those lost lives have not truly been lost yet. Their souls are collected and embodied in a body scientifically made. These bodies combined with souls make a fierce, devoted, and unrelenting tool, and have been called Pseudons. Only one tenth of the population of Ofre knows about them . . . . and the oncoming war they were made to fight in.

Hello! Hmmm, these days I've developed a questionable interest in British accents and speaking my own language, Mnesmonian. I've even taught it to a few of my friends. I love horses and cats, books and writing, drawing and art, music and singing AND flute, saying "eh", THE HUNGER GAMES, aaaaannnnnnnnndddd . . . . . . eh, I've run out of things. Sooooo, I live in Manhattan, KS and occasionally, Hattiesburg, MS. I've been to New Zealand. I am Asian, Mom: Chinese, Dad: Korean. I skipped a grade (1) so now I am 1-2 years younger than everyone else in my class (way to go me!!). YAY!!! I finally turned 11! And saw the Hunger Games movie while doing so, it was awesome!