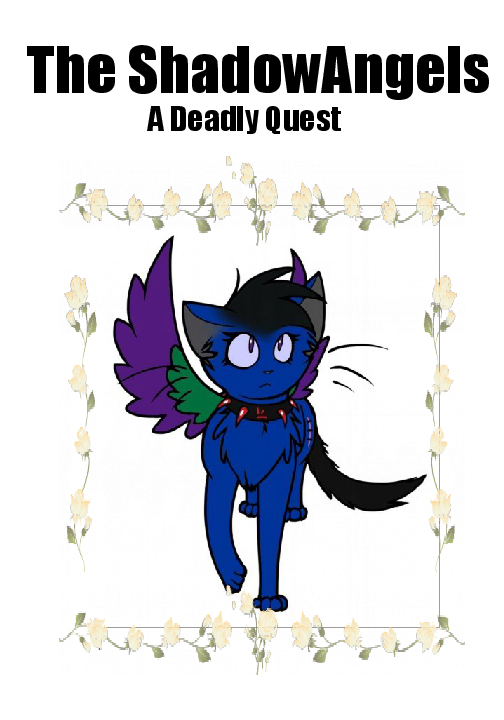 The ShadowAngels - A Deadly Quest

Millions of years into the future, a group of scientiests discover an unknown planet filled with life simmilar to Earth. They set up a camp and build a labratory. Inside, they used the DNA from the surrounding organisms to create a new species. These species at first glance would look like a normal house hold feline, but they arn't. 'ShadowAngels' are what they are called. Felines with colorful pelts, wings of bird and powers unlike anything the world has ever seen. The story begins with a blue ShadowAngel. Her curiosity and willing to know why she was created, sends herself and others on a deadly journy across their alien-like planet.

My name is ValerieOfDoom and I love writing storys about animals. My love for story making started when I first read the Erin Hunter series called Warriors. So many people LOVE these books and the fandom rages all over the internet. Back many years ago, I would rollplay Warriors for fun. The rp's I realised was like creating storys. It gave me ideas. Without Erin Hunters books, I would not have ever wanted to create my own storys.