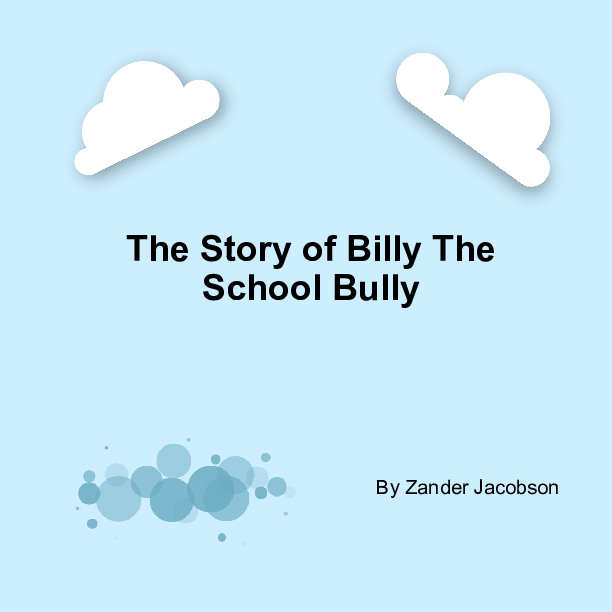 The Story of Billy the School Bully

Billy was the bully of the school. He always picked on everyone. He picked on one kid the most out of anyone. That kids name was Dave. Dave always hated being around Billy, but Billy found him everywhere he tried hiding. One day Billy went up to Dave and pushed him down. Dave was really unhappy with him and told Billy too leave him alone. Everyone gathered around and was waiting for them too fight. But Dave told Billy he wasn't going too fight. As Dave dodged Billy front tackling him, he fell in the mud. Everyone laughed at Billy and Dave had one the fight without hurting anyone.