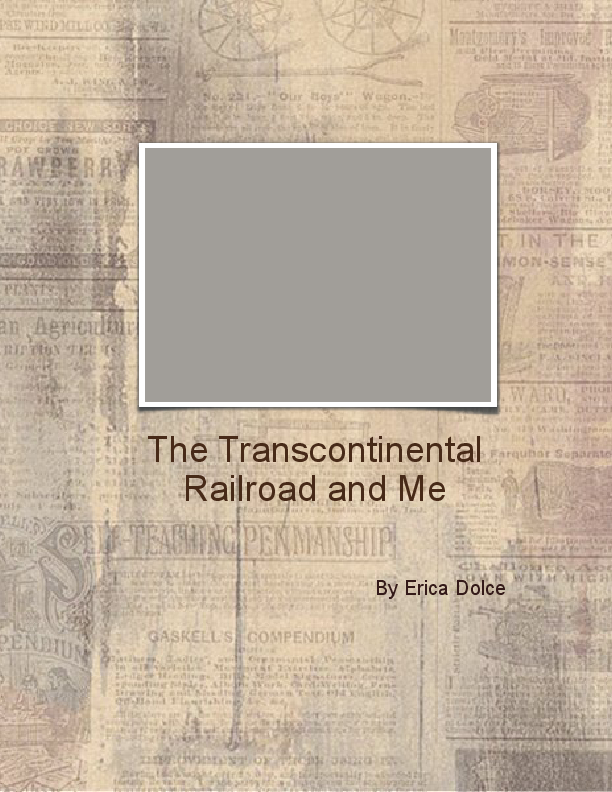 The Transcontinental Railroad and Me

In 1862, the construction of the Transcontinental Railroad began, and it was completed in 1869. During the duration, there were two companies working on the railroad. The Union Pacific Railroad Company was working from Omaha, Nebraska and built on a route so they would meet up with the Central Pacific Railroad Company, which was coming from Sacramento, California.

My name is Erica Dolce. I am a student at Baldwin Street Middle School and this book is dedicated to my favorite teacher, Mrs. Debniak.