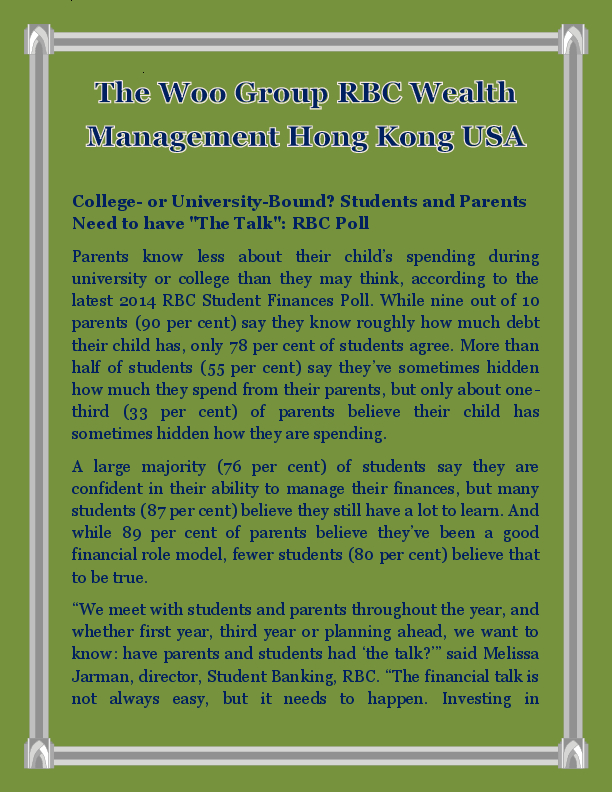 College- or University-Bound? Students and Parents Need to have "The Talk": RBC Poll