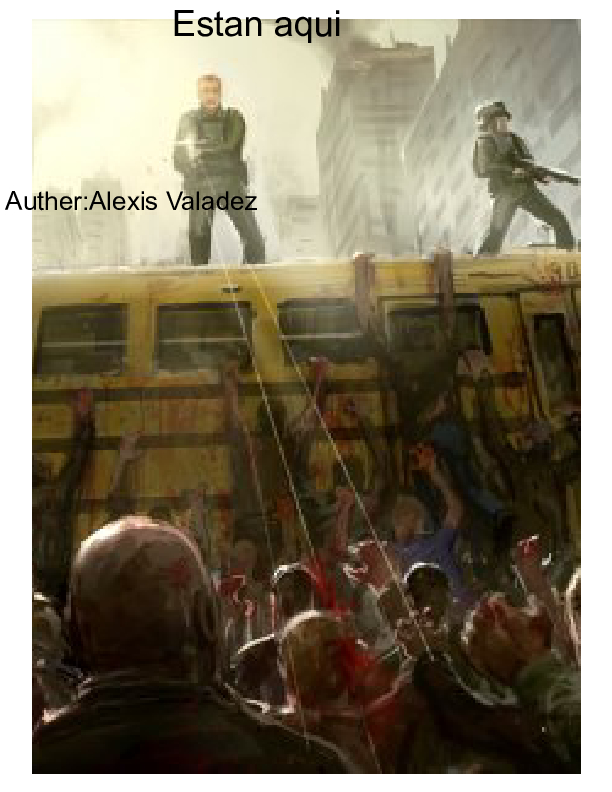 There Here - The End

There was once a kid called Alex.He was on a new york trip with his friends.There names WherAlex,Jesus,Cassandra,Miguel,Jacob.Sullivan,Hunter.They where taking a new york trip to go see the New york Yankees And then Dodgers At the world series Before the game they went to explore new york city it was amazing they when to little shops that where unbelievable they had things they had nevr seen in their lives.So out of no where 5 zombies popped up and i grabbed a pan and killed them.

My name is Alexis Valadez And i am making this story causei think its gonna be really interesting.