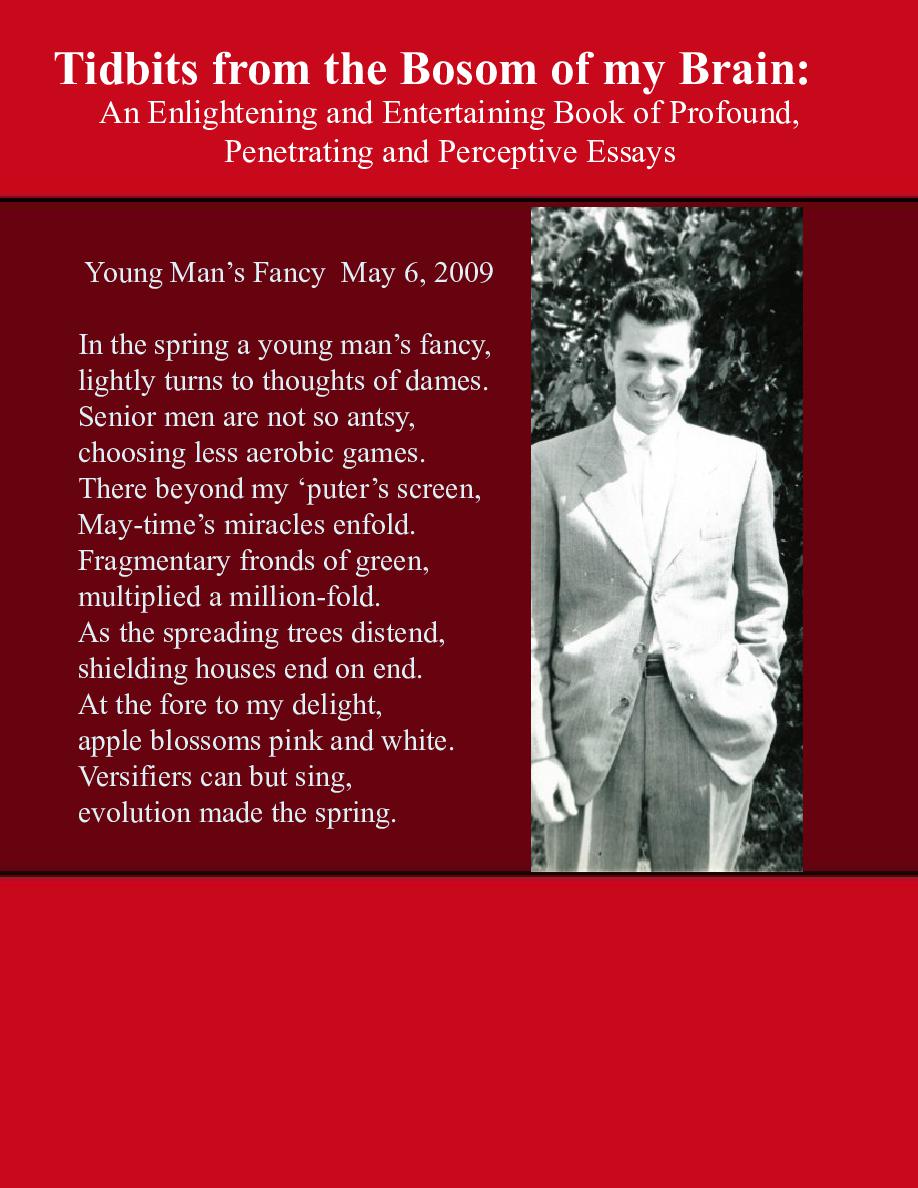 Tidbits from the Bosom of my Brain - An enlightening and entertaining book of profound, penetrating and perceptive essays

An enlightening and entertaining book of profound, penetrating and perceptive essays

SNOWMAN, Lawrence Richard Rascal, of Liverpool NY and Gouldsboro, PA. Born in New Haven, CT and raised in the industrial town of Meriden, CT. He served stateside in the US Navy near the end of WWII. His service record qualified him for the GI Bill allowing him to pursue a degree in Electrical Engineering without financial support from his parents. He graduated with honors from North Carolina State College of Engineering.

After earning a Master of Science degree from the University of Vermont and graduating from General Electric Company’s Creative Engineering Program, Larry commenced a career at GE’s Electronics Laboratory as a research engineer developing new products for government and industry in order to benefit mankind. Most of his work for the government was secret; nevertheless out of his many inventions he was awarded more than a half dozen patents.