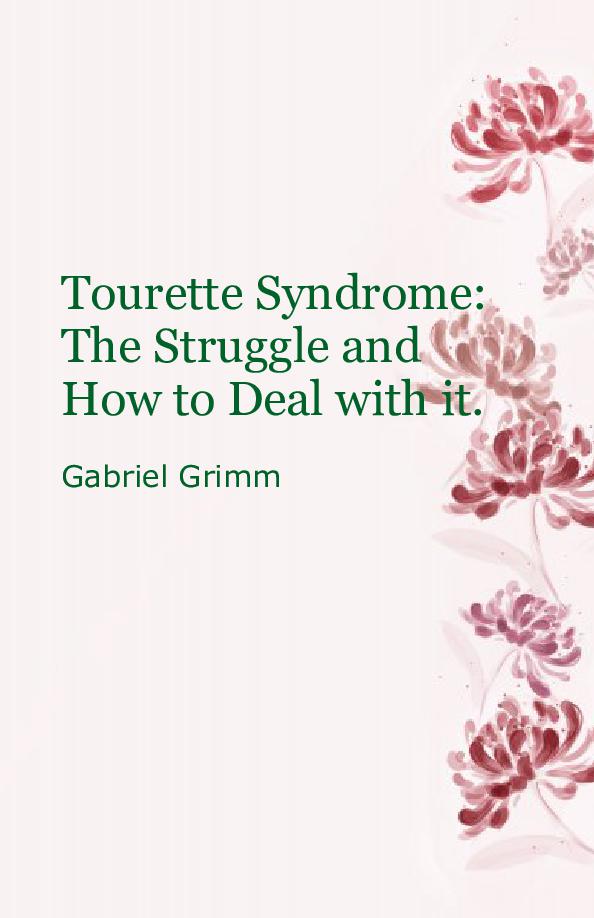 Tourette Syndrome: The Struggle and How to Deal with it - Gabriel Grimm

A book for those who have Tourette Syndrome

Growing up with Tourette Syndrome was different from other “normal” families. Making friends was a little harder and my parents were more patient with me. I first found out I had Tourette Syndrome when I was about seven years old. I told my dad that I had this weird thing where I had to do this specific movement. I said that I had to do that to have this feeling of relief. I thought that everybody had that urge, but I guess not. My dad said that we should go to the doctors to see what the exact case was. He had a feeling that I had TS ever since I was a baby but never bothered telling me. Sure enough, the doctor diagnosed me with Tourette Syndrome. Throughout my elementary and middle school years, TS was at it's worst. There were some instances where my dad told me to lie down and go to sleep because the tics were overwhelming me. Later on at about age 9, I told my dad I wanted these stupid tics to finally end. I told him I had a hard time fitting in.

Messages from the author:
More Books by gg