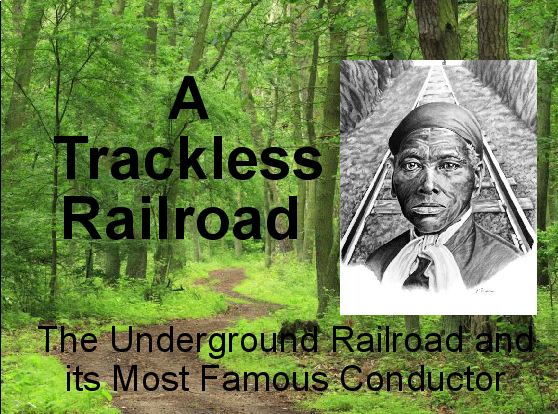 A Trackless Railroad - The Underground Railroad and its most Famous Conductor

Sarah Kelchner is a thirteen-year-old student-athlete. She has always been fascinated with the Underground Railroad and Harriet Tubman, its most famous conductor.