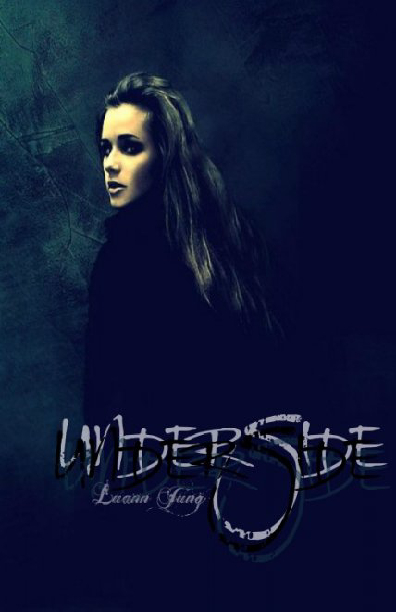 Aelise Teronne used to be an assassin working for the Kandu Law Enforcement. She was in the Wolf level of assassins, a collection of highly skilled and trained superhumans who were programmed into killing everyone they were told to. Aelise did that, but the programmed computer chip proved faulty, and she could resist the orders from the chip . . . only after killing everyone she could, and throwing her world into chaos. Now there's only one thing on her mind, to destroy her enemy. Her enemy who controlled her and made her their slave. Escaping from the KLE (Kandu Law Enforcement) was an easy task after her mind no longer belonged to them, and she goes out to set things right, kill someone one last time, and make up for what she had already done. Twisting herself into a complicated tangle of allies, danger, family, love, insanity, and self-doubt, she learns to treat herself not as a once violent assassin, but a changing person.

Hi. Let me introduce myself. My name is Luann Jung, I turned 11 this year on March 25. I'm about 5'2. This August I will go to middle school-it starts at 7th grade here. I'm Asian but born in the USA. I have a dog and two cats, although I've had 11 pets in my lifetime. I spend lots of time on the computer; writing, reading, and exploring. I love digital art and technology in general. I hope you enjoy my books as much as I do . . . have a nice day.

This is a novelette (7500 - 17500 words) that WILL be finished. It is for my Gifted 9-Week Project, so basically homework. I also plan to enter it in emalimabean's contest! PLEASE READ AND COMMENT, I would be really happy if you did!! Thank you!!