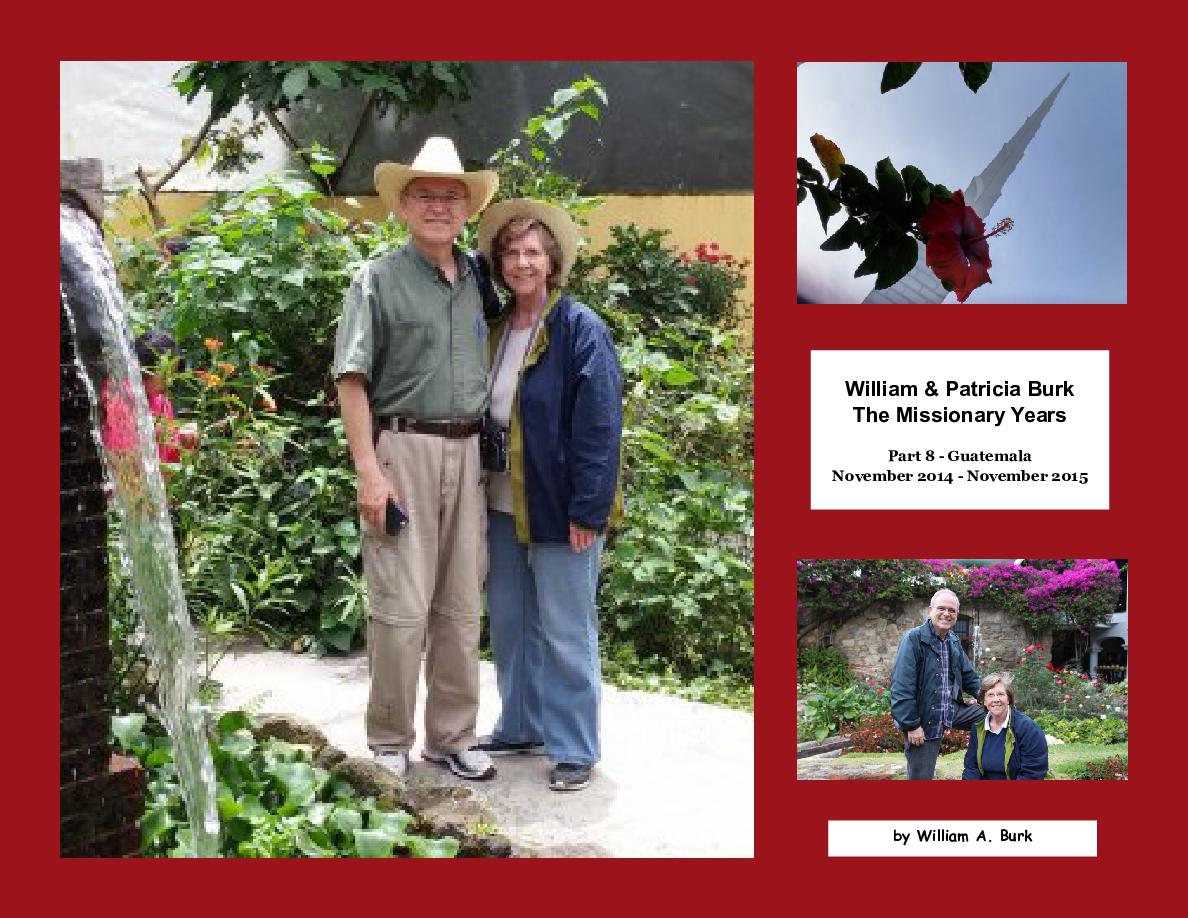 William Allan Burk was born on March 24, 1950 in San Juan, Puerto Rico. He received a B.S. in Business Management (1973) and a J.D. in Law (1976) from Brigham Young University. He married Patricia Mary Southward on June 10, 1971, and they are the parents of seven children. From 1976 to 1980, William practiced law in Provo and Heber City, Utah. On May 5, 1980, William began a 27 year career as a Special Agent with the Federal Bureau of Investigation, and served in Salt Lake City, Utah, Miami, Florida, San Juan, Puerto Rico, and Houston, Texas. On March 31, 2007, he retired and moved with his wife to Salem, Utah, where they currently make their home. Since retirement, William and Patricia have served three missions for the LDS Church in Uruguay/Argentina, in the Dominican Republic, and as President and Matron of the Guatemala City Guatemala Temple.