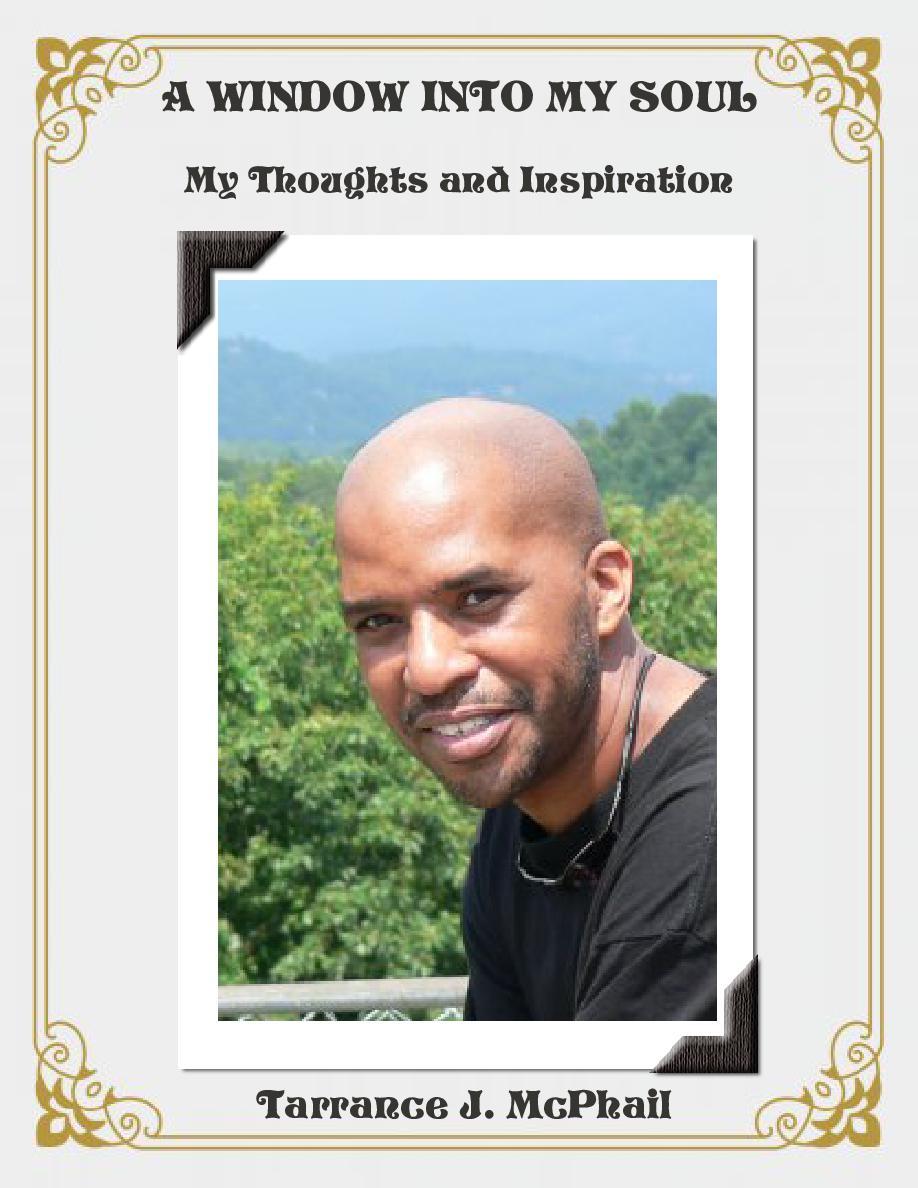 A WINDOW INTO MY SOUL - My Thoughts and Inspirations

Book of my thoughts. Hope to give inspiration.

Tarrance J McPhail was born to George W. McPhail and Clarice E. Bacote on June 29, 1971. He has three brothers, Darrell G. McPhail, Selwyn R McPhail and Charon R Ricks.. His mother passed away January 10, 1984 and his father passed away July 25, 2000. He was raised by his maternal grandmother Annie A. Bacote for most of his life, whom passed away June 11, 1996. He was educated in Darlington County at ,Hartsville Senior High. He graduated in 1989. He then went on to further his education at Charleston Southern University, majoring in Computer Science. He has three children, Corey L. Balark, Ryan C. Murray and Nicholas S. Murray. He has 9 grand children.

Special thanks to Michelle A. McPhail whom I started writing poems to in 1996. This is where my book started to take shape.

He begin writing at a young age but decided to start keeping a notebook of his writings.

I am glad that I inspired you to start your book. I found this site by accident also. I have been writing over twenty years. I wrote from the heart. So I recommend the same. Write from the heart. I keep a pad and pen by my bed and also I carry on around when I feel inspired to write. Also lots of my friends help with editing and ideals to help me tune my poems. Do not take critique to the heart. This will help you become a better writer. I wish you the best of luck. Keep in touch to let me know how you are doing.