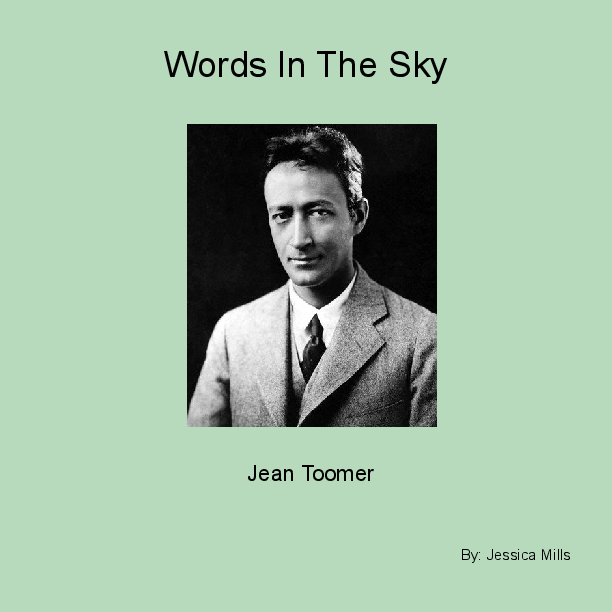 Words in the sky - Jean Toomer

Jean Toomer, born with the name Nathan Pinchback Toomer on December 26,1894 is known for his writing and philosopher. While in school he studied physical education, literature, psychology, and agriculture at several colleges and universities. Jean Toomer can easily pass for being white with his heritage compromising European and African American Bloodlines, but as well he can easily pass to be African American at the same time as well, this helped Jean get into segregated schools. Jean Toomers most famous work is known as "Cane" Published in 1923. Jean Toomer made many collections of series of stories and poems, Jean Toomer was an important part of the Harlem Renaissance.

Name is Jessica Mills I am 18 years old was born on October 29th 1994. Making my journey into writing poetry, for what i love to do. For years i have been wanting to write about our loved ones.

Messages from the author:
More Books by jessica