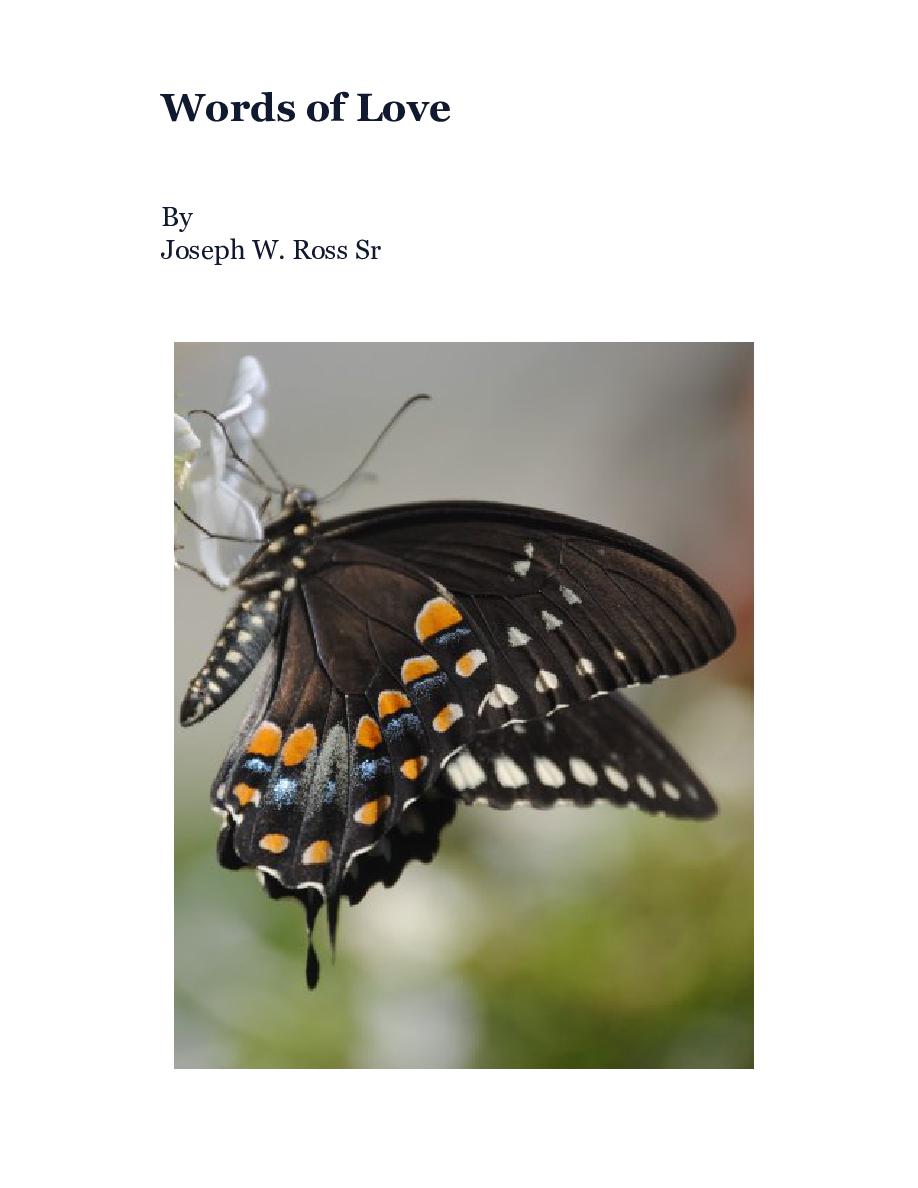 A book of poety written by Joseph W. Ross Sr

Joseph William Ross Sr., was born on June 30, 1931 in Atlantic City, NJ. Like most, he began working at a very young age selling newspapers out of a wagon. He had several jobs, including setting up pins in a bowling alley, caddey at a golf club, and delivered packages for the post office using a stick shift jeep. He entered the navy right after high school and served during the Korean War in the mediterian sea. After his naval career, he went to Tri-State College in Angola, Indiana. He majored in engineering and graduated with a degree in mechanical engineering. Joe worked through his college education and owed a whole $40.00 at graduation. He met his first wife Marjorie Ellen during his senior year of college. They moved to Delaware county, Pennsylvania were they had 3 children and worked for the Westinghouse Corporation. His second wife, Nancy Lou, brought 3 more children into his family. It was after their marriage that he began to write poetry and is still writing at the age of 88 years.

Messages from the author:
More Books by Sue