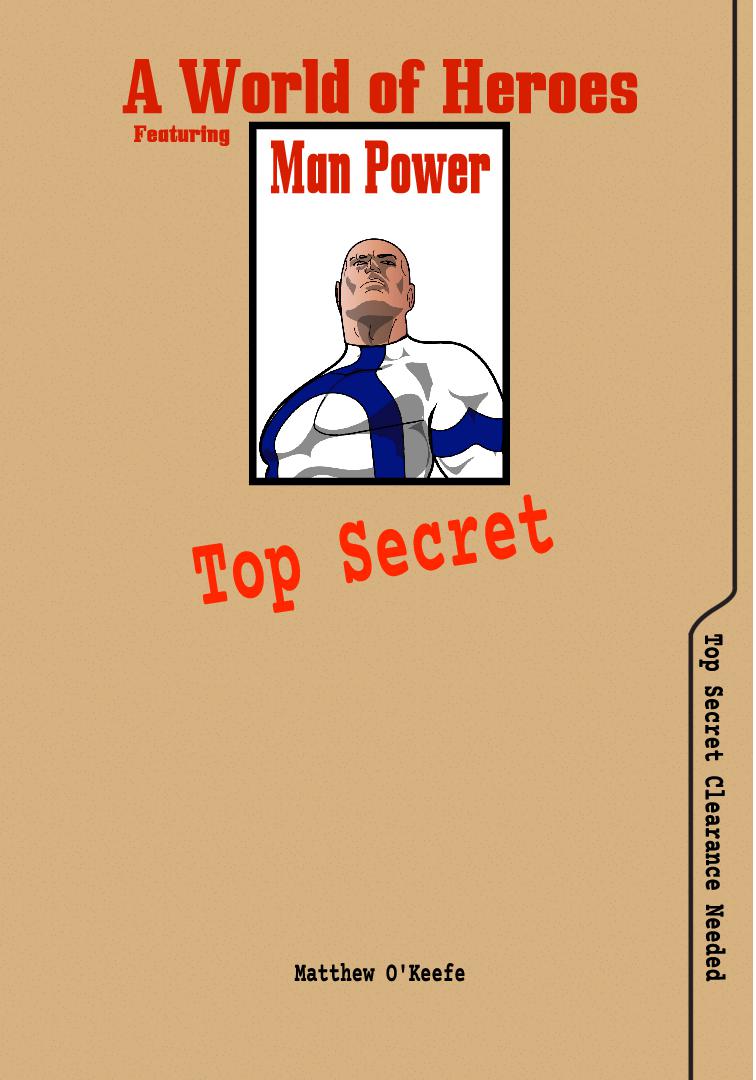 A World of Heroes - Man Power

Misdirected by a government agent (Director Ryhne), Powers' Squad was sent on a fatal mission. Ryhne's goal was to collect prime candidates for a special project he was creating. Legally dead, the subjects could be experimented on in any way Ryhne wished. Ryhne had been selected to head up a special division of the Office of Homeland Security.

Its mission was to evaluate, capture and register a growing number of the population with super human capabilities. Director Ryhne, unveils to the American public, Power Play (AKA Man Powers) and his Fighting Force.

With the popularity of Fighting Force, Director Ryhne is emboldened and creates a second team. This second team, is armed with bigger and more powerful weapons. Their premier outing results in fatalities and Ryhne comes under fire for setting loose such a dangerous team.