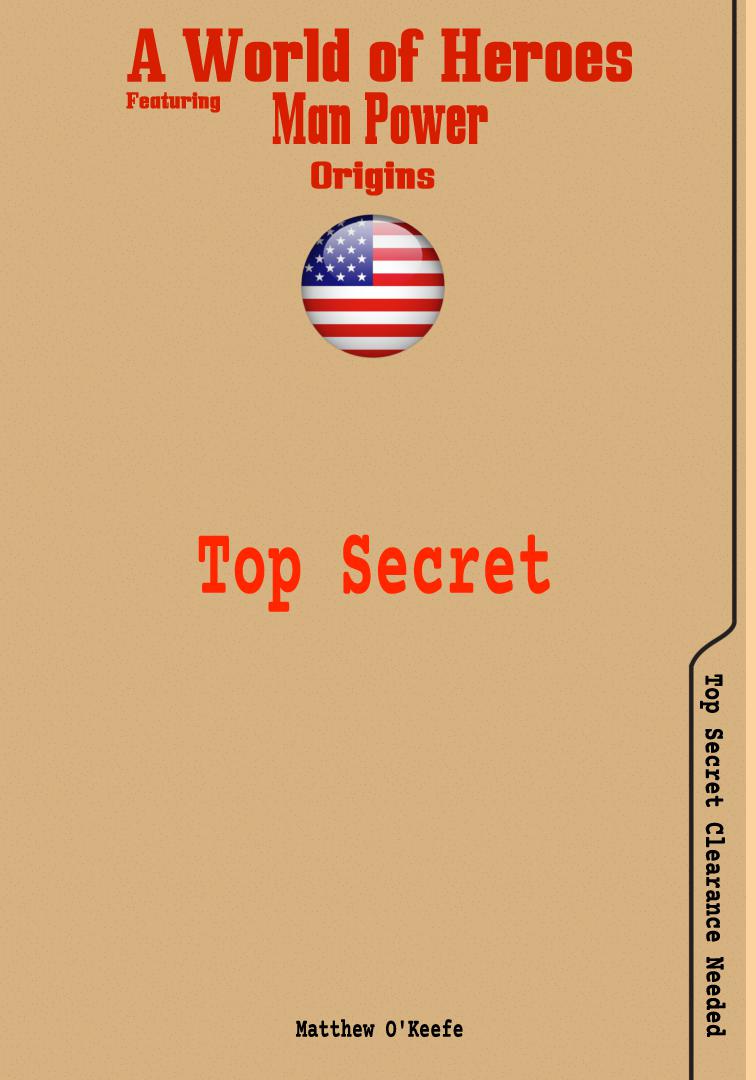 Major Manfred Powers III is a team leader of a special forces squad. When a mission needs to be completed outside of regular channels, the call is made to Major Powers.

Inspired by the Major, his younger brother volunteered for a special mission meant to fight the Illegal Drug Trade. On a mission he is killed in action. When Man Powers learns of his brothers death, he has had enough. He fakes the deaths of some of his troops and they begin to secretly build an underground army. Their purpose is to help all the families of other service men and women denied benefits

Misdirected by a government agent (Director Ryhne), Powers' squad was sent on a fatal mission. Ryhne's goal was to collect prime candidates for a special project he was creating for the Department of Defense. Ryhne, cybernetically enhances the members of Powers' Squad. Now they are ready to take on the Superhuman threat facing the country.

I am the creator of A World of Heroes, my name is Matthew O'Keefe. I am a Comic Book Illustrator and Creator. Team O'Keefe includes myself and my wonderful wife Catherine. I have been drawing and sketching as long as I can remember. My favorite medium is pencil and ink, I really enjoy working in Black & White. Since childhood I have worked on sequential pictures. I was telling story driven art (comic books if you will) even before I understood what I was doing.