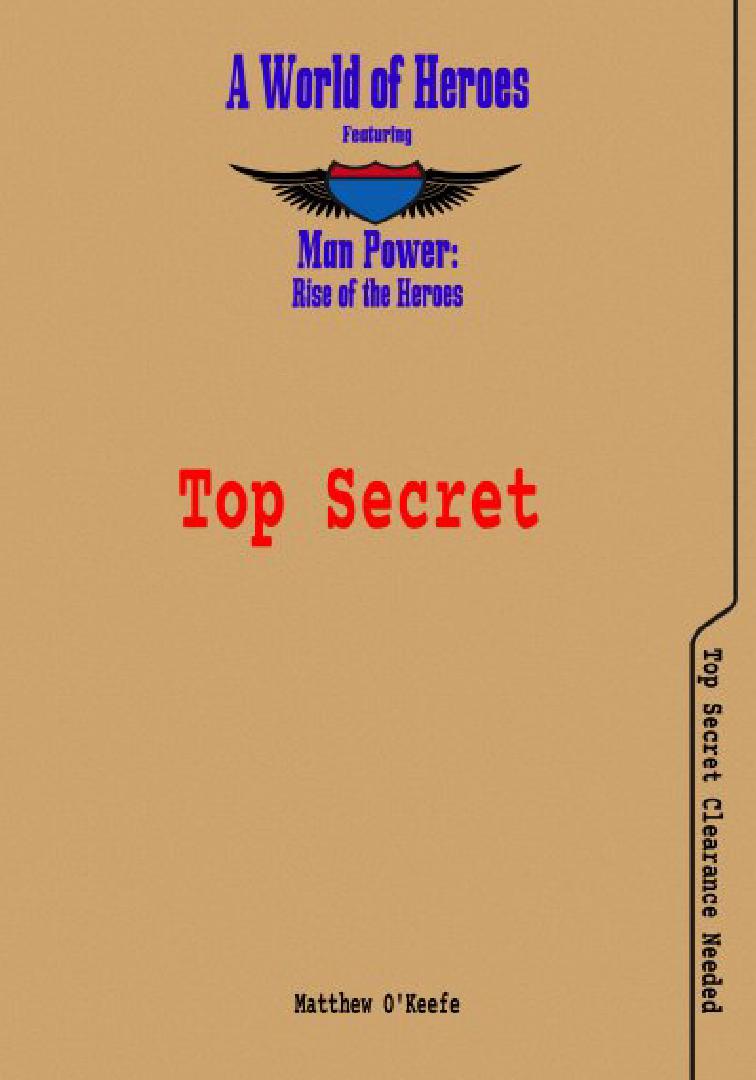 A World of Heroes - Man Power: Rise of the Heroes

Set in a parallel Earth, the story opens just after an unknown disaster had befallen Los Angeles. Man Power and his forces find unbelievable devastation, millions of people have lost their lives and are homeless. A chain reaction has caused the San Andreas Fault to destabilize, the resulting earthquakes also caused a huge tsunami wave. With the wave heading across the Pacific Ocean at the speed of sound, Man Power and his troops have only hours to save as many people as they can.

Taking advantage of the National disaster, a secret enemy uses the disaster to launch a destabilizing attack on the Nations Capital. Due in part to this threat the new president asks Man Power and his heroes to act once more as America's Super Hero Team.