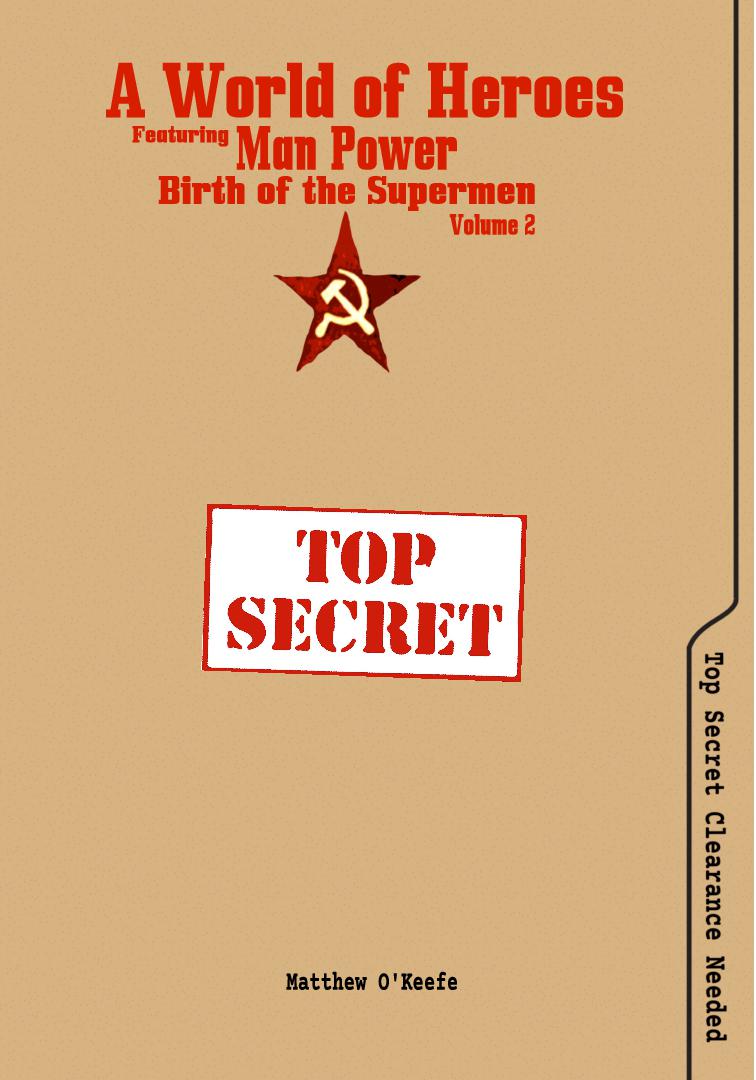 A World of Heroes - Man Power Birth of the Supermen Vol. #2

During the rise of Communism in the Soviet Union a being displaced in time, began collecting people with extra-ordinary abilities. Portal worked in secret building an Army to protect Russia. After WWII and the beginning days of the Cold War his Protectorate was formed.

With the help of key government and military officials Portal continued to recruit people with powers beyond the ordinary. In the depths of the Siberian Arctic he gathered the first Superhumans of the modern age and trained them to defend Mother Russia.

For decades they worked in secret, what follows is but a few of the secret files collected on the Soviet Recruits.