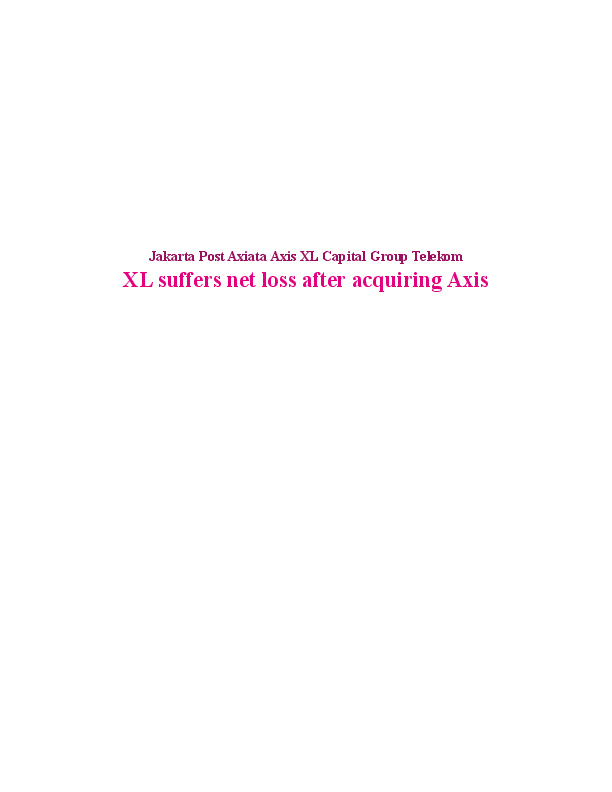 XL Axiata, the country’s second-largest mobile operator, saw its bottom line slip into the red in the first half of this year due to rising costs and currency volatility, as well as its acquisition of the heavily indebted Axis Telekom Indonesia.

XL reported Thursday that it rounded up the first half with a net loss of Rp 482.52 billion (US$41.26 million). It was a steep fall compared with the Rp 670.43 billion net profit the company earned during the same period last year.

However, XL registered a 12.24 percent year-on-year (y-o-y) increase in revenue to Rp 11.55 trillion from the Rp 10.2 trillion the previous year, which was significant growth compared with the 1.68 percent increase it booked in the first half of 2013.

The surge in revenue, however, could not offset the rising costs and currency volatility, which took a large chunk from the company’s earnings, XL president director Hasnul Suhaimi explained.

Axiata Group Berhad is one of the largest Asian telecommunications group in Asia with over 250 million customers. Its vision is to be a regional champion by 2015 by piecing together the best throughout the region in connectivity, technology and talent, uniting them towards a single goal: