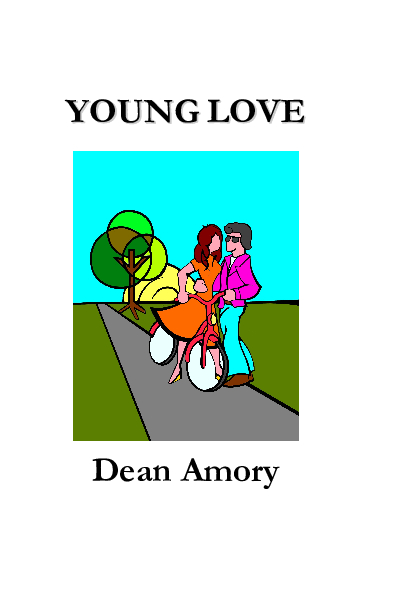 Sean is only seventeen, but the serious issues he faces when he falls in love with his new class mate, Katherine, resonate also with older readers.

Theirs is a complicated relationship from the start. You will appreciate the realistic depiction of the tortured hero's psychological struggle after the heroine ends the relationship, especially when it becomes clear that both young people remain drawn to each other anyway and struggle to regain their balance during the rest of the school year.

A refreshing high school romance set in Europe, Flanders, in the early seventies of the previous century, written with a total lack of stereotyping.

The story has it all: it's witty, bittersweet, touching and rich in culture and history. But most importantly, it depicts all the uncertainties and overpowering emotions that come with true young love in a most original and genuine way.

Dean Amory, real name Edgard (Eddy) Adriaens, was born 21.09.1953 in the Flemish city of Aalst. He grew up with his parents and six brothers and sisters in the suburb of Terjoden.

After finishing high school, he worked at a few local SMEs for 14 years as a correspondent and assistant (sales) executive. In 1986 he was recruited by Bacob Bank, and started as a relationship manager. After the bank’s merger with the Dexia Bank, he moved on to be an Electronic Banking Expertise Officer at Dexia, later renamed Belfius bank.