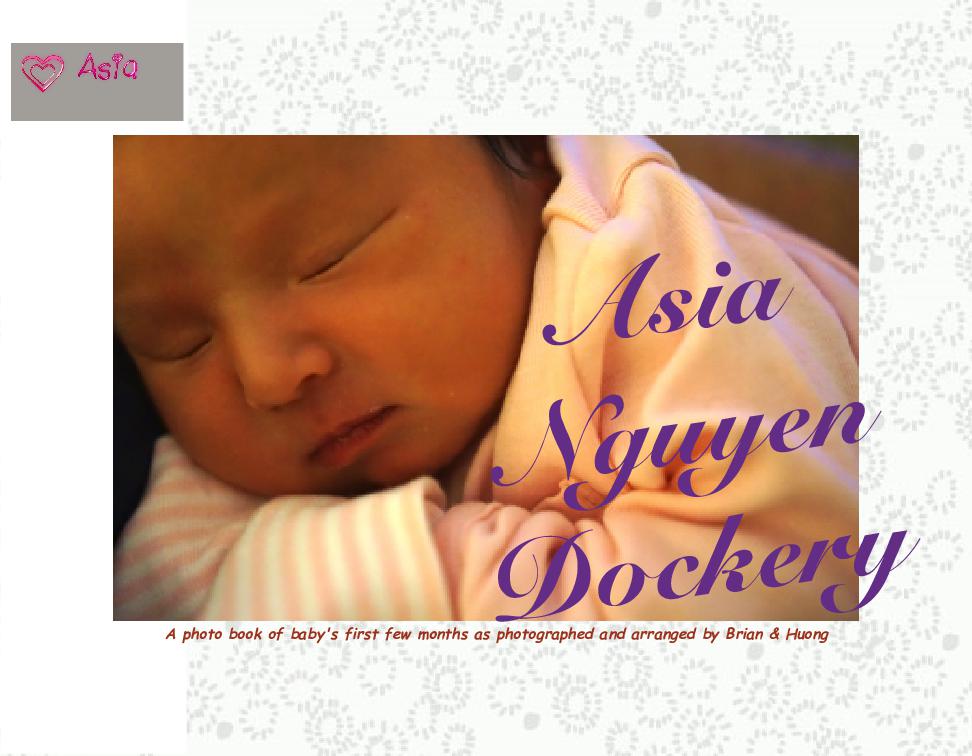 A special look at the birth of a beautiful baby girl, Asia, who entered the world on June 28th 2017.

Brian Dockery holds a Masters in International Education from the School for International Training Graduate Institute in Brattleboro, Vermont, in the United States. His undergrad was a self designed major through interdisciplinary studies in Cross-Cultural Communications in International Studies at Appalachian State University. His student teaching was in Germany where he was an exchange student as well, first at the Pedagogische Hochschule in Karlsruhe, & then in Wurzburg. He spent 5 years in Brazil teaching mostly at the Universidade Catolica de Brasilia. He supported international program departments at his own undergrad & at Duke University. He was the main coordinator for the English Language Learning Program for Vermont Adult Learning. He then worked as a lecturer on Public Speaking at the University of Languages & International Studies under Vietnam National University. He is the co-owner of IDEA with his wife Huong Nguyen