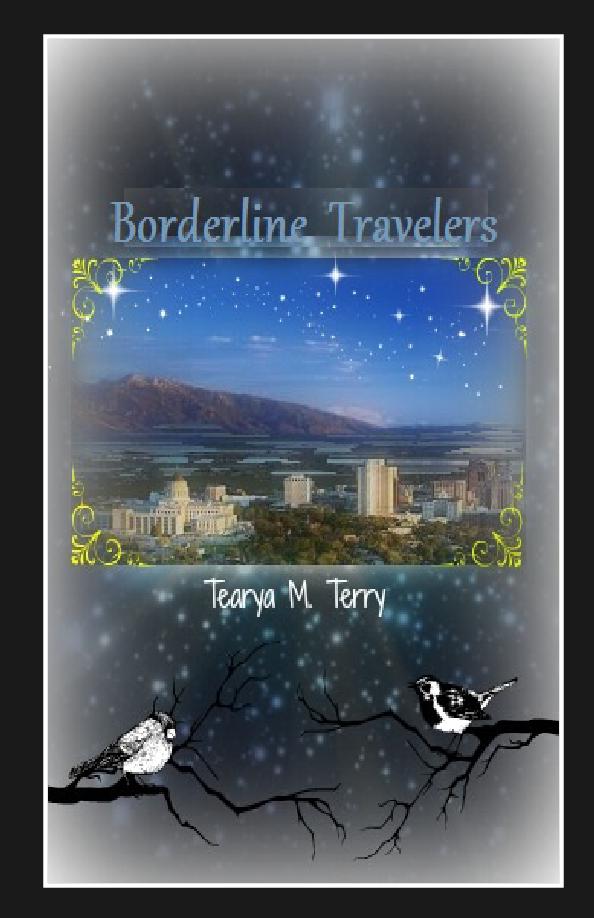 Borderline Travelers follows the life of a Police Officer, a mother who at a young age was diagnosed with borderline schizophrenia. After receiving a package at work, Sandra Leingod is sent into the far future, where mankind is on the brink of extinction. Her two sons, Eric and Kaiden, find themselves wondering what happened that morning, and why their mother never came home. They invent a time machine to follow her however, the same force which took Sandra takes them and they find that Sandra's illness is not what it seems. They are also, not the only ones who have been sent to this time to aid mankind. Sandra, along with thousands of others who have been diagnosed with this illness, find it is the next evolutionary step which allows them to communicate with not just one, but many races among the stars, and only with their joined forces, can mankind survive.

Tearya is a small town girl who grew up in the mountains of Utah. Her passion is writing and her dream is to be a published author someday. Her life quote is "You lose when you panic," Tearya says that she has great stories, and if she has to sell them all one by one, she will do so. Find her anytime on Facebook.

I do apologize to my fans, this book has been placed on hold. Due to an unrelenting demand to finish Tangled Planets. More to come, I promise. 8/9/2017