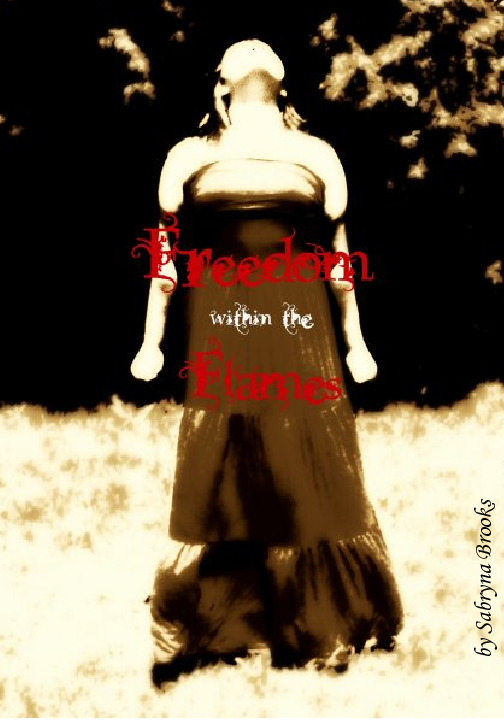 Freedom within the Flames

"Freedom within the Flames" is a young adult novel set in the early 15th century in Central Europe. The heart-breaking story of a young woman and her son who strive to live in a place where danger is around every corner and no one is safe under the accusatory glare of the soldiers who patrol the village. It's when the people start shouting "witch" that begins the true terror. Evelynn Sanders, the young herb woman, and her adopted son Charles Sanders try to remain out of the mix of fear and confusion. Soon no one can trust another and business is devastatingly hard to come by, Evelynn must encourage her son to steal from the local markets just to earn their food. Just when it couldn't get any worse a plague breaks free and sweeps throughout the village, luckily neither of the Sanders are infected. Neither of them are bothered, nor concerned for themselves whilst the herb woman tends to the ill. When her sister, Victoria, becomes infected with a disease that's been spread throughout the whorehouse she accuses Evelynn of having performed witchcraft thus the explanation of her immunity to the viruses. This early 15th century novel will have you cheering, rooting, crying, grieving, believing in the trickery of others and griping the edge of your seat with each shocking secret revealed during Evelynn's trials. With the witch trials come secrecy and deceit, don't believe everything you hear or see.

Sabryna Brooks is a fifteen year old girl who began to truly delve into her writting skill at the age of twelve. She has been writting since she was nine years old, she adores all sorts of fantasy and fiction novels and hopes to become a well-known author. She can always set a scene and she hopes that others will help her in her quest to become an author.

This book is still under major construction, but any thoughts or comments that you have are greatly appreciated. Thank you,