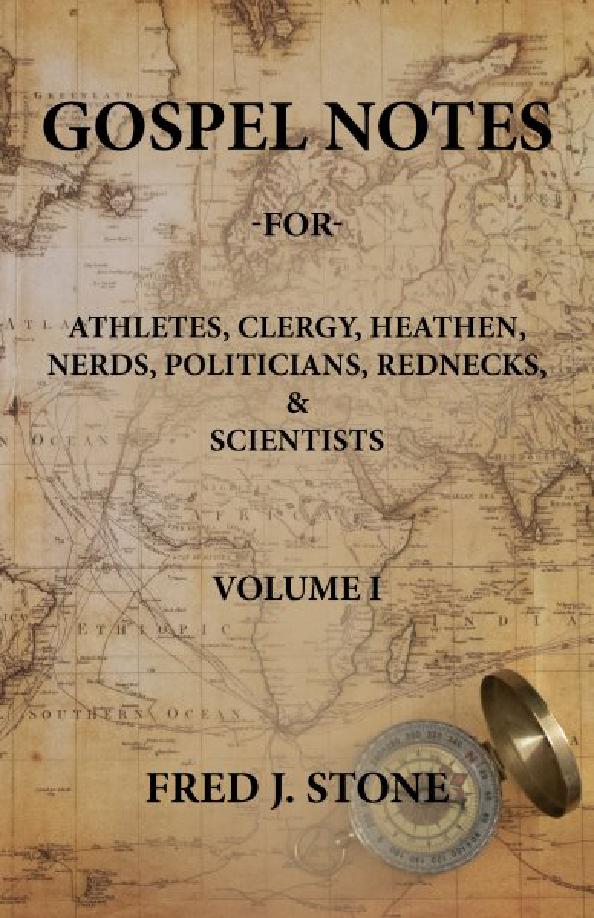 Other Formats Available For Purchase
PDF eBook
Price: $5.99   Add to Cart
About the Book

The short essays in this book are written to intrigue, challenge and encourage readers. It is my desire to have a perspective that avoids the narrow boundaries invented by teams of like minded theologians. Cutting through the chase is my goal and writing style. If these essays stir up interest in the Bible or Christ, and lead to even one soul finding God, then I will be satisfied.

I was born & raised in South Phoenix, AZ. After graduating high school in '69, I joined the Army to be a helicopter mechanic/door gunner. I served a year in Viet Nam & made a deeper commitment to follow Christ in '72. God confirmed the relationship with many miracles. Then in '77 came a dynamic revelation of Jesus Christ in a spiritual dream ("I Saw the King" - link 7). And I try to put my miracles & spiritual events into the fabric of the "notes". If those "events" are real, it would be wrong to forget or deny them. Interesting enough, those who call me a liar are usually established religious folk & ministers. (To those critics my only response is, "I am not a crook".) I spent most of my 21 year Army career as a Chaplain's assistant. During that time, in '73 I married Fran and we had 3 kids (one adopted); and studied for civilian ministry through Berean School of the Bible, Springfield, Missouri. The "gospel-notes" began in about '77 as a natural outflow of military ministry &..