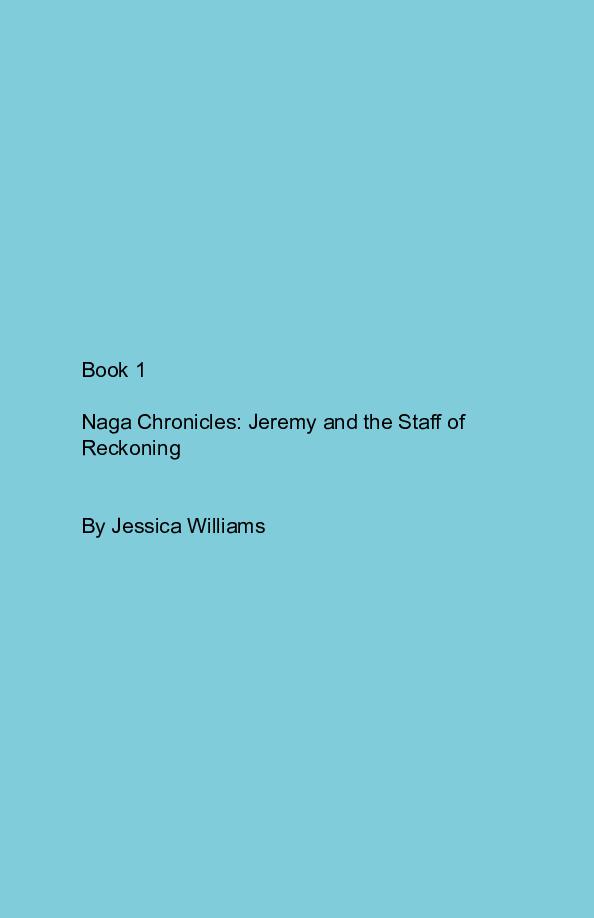 Naga Chronicles: Jeremy and the Staff of Reckoning - Book 1

Naga Chronicles: Jeremy and the Staff of Reckoning is about a 10-year-old boy named Jeremy who finds himself in an alternate world learning magic from a high functioning, but nonverbal, autistic witch. She is a savant with magic and speaks to him in his head. He initially goes to the alternate world in his dream where he discovers a dragon's egg in a backpack that he is carrying. The dragon and the witch help him learn magic, but he is unable to do it like most magical people from the alternate world, he has to use crystals for everything. He meets a half human, half-elf female knight who teaches him to fight physically and is given a sword by his grandparents who are initially from the alternate world. He finds out he is in the alternate world because he was worthy of his dragon and has been deemed the hero who will save the country they are in from an evil prince. On his way to creating his staff for his magic, he learns to survive in the forest, that includes hunting and skinning..

I am a 33-year-old, soon to be, teacher. I have written 5 books in total. The first 4 are children's picture books about different mental health conditions. I am in the process of writing the second book of the Naga Chronicles. I have no kids, but I do have 6 nieces and 3 nephews for whom I write these books.