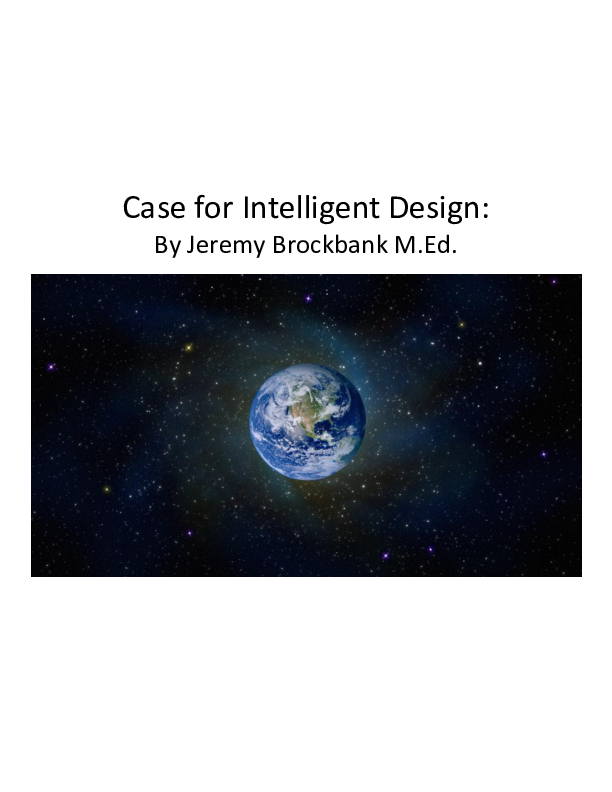 The Case for Intelligent Design

The purpose of this book is to scientifically explain the existence of a Designer (God). This book outlines the scientific debates and reasoning of those in the Intelligent Design movement as well as relevent peices from those from the Creationist movement.

Internal works are subjects and transcripts from debates, movies, books as well as the authors own conclusions using cognitive thought by process of deductive reasoning.

Jeremy Brockbank holds an M.Ed. from the University of Oklahoma and a B.S. in Business Management at Utah Valley University.

Professionally, Jeremy has helped to build over 25 successful retail brands and is the founder and owner of his own highly successful retail consulting company. The view is held that he holds three seperate "Shark Tank" records (ABC), but unconfirmable given lack of total information on all other existing companies.

His work has been featured in ABC's "Shark Tank", The Los Angeles Times, The Deseret News, The Norman Transcript, The Drug Store News and has appeared as a guest on KSL's (NBC's local affiliate) Studio 5.

Jeremy is the inventor of multiple products and has submitted patent works as well.

The author has also been an Adjuct Professor at the Woodbury School of Business at Utah Valley University.

He is widely traveled both domestically and internationally, primarily for business purposes.


Messages from the author:
More Books by jeremy brockbank